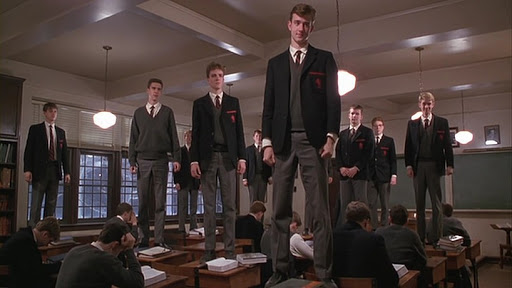 If you are the kind of person that wears underwear on a daily basis, and I would imagine most of you are, take one day out of the week (specifically a day where you are out in public), and don’t wear underwear. And you might be wondering, “why the hell is this guy suggesting this to me?”

First of all, I’m not suggesting it so that you become a person who doesn’t wear underwear, although if that winds up being your eventual choice, far be it from me to interfere.  No, the reason I’m suggesting it is so that you change your perspective.

Often times people think that they need some kind of “major” live event to precipitate change.  It’s common that when tragedy strikes (like a death in the family or major injury) we tend to reflect more on our lives and our own mortality.  Sometimes these reflections lead to the types of changes in our lives we may have been seeking all along.

But we don’t always need these massive events to make the necessary changes.  And frankly, I’d rather not need a major tragedy be the catalyst needed to change my life.  Sometimes all we really need is a simple alteration in the trajectory of our course.

A small change can lead to much bigger changes by way of two main things:

1. It’s proof that we know we can still surprise ourselves

Ever hear the phrase “sometimes a lion needs to know he can still roar?”  Well, I’m not sure I’ve heard it either.  However, it reminds me of a moment in the movie “On Golden Pond” when Katherine Hepburn utters a line nearly identical to this one.  In a poignant scene in the movie, her husband tried to do something that was well beyond his ability to due his own age.   And when trying to explain his reasoning for his actions to their grandson, Hepburn said that he needed to remind himself that he could still roar.

While I’m not suggesting you do things that are dangerous or foolish, I will say it’s important to remind ourselves that every once in a while we have the ability to surprise ourselves.  That ability never ends and reminding ourselves of this is a great practice to keep things fresh.

So instead of jumping off a cliff, or going skydiving, try not wearing underwear.  It’s a simple way to force yourself to feel different as well as muster up the courage to go commando.

Remember, we don’t have to have some insane life experience to have new perspective on life that makes us say, “okay now I need to live my life this way.”  Which leads me to:

2. Perspective can be everything

In order to make necessary changes in our lives, often times our perspective needs to change.  We need to see things from new angles so we can chart new paths. It’s one of the best ways to alter our course.

We can do this manually.  We don’t even have to think about it.  The simple act of not wearing your underwear and spending the day this way is going to bring about so many realizations that you never, ever had before.  And that alone, getting your mind working in a different way, can be a tremendous boost to creativity and motivation to make change.

It doesn’t have to be underwear

Remember the movie “Dead Poets Society?”  Do you remember how Robin Williams made all of his students stand on the top of their desks?  He did this because he wanted his students to see life from a different vantage point.

So if you don’t feel like going commando for a day, perhaps you can do something minor like standing on top of a chair and see what the world looks like from two feet higher up.  If you’re someone that doesn’t wear a hat, maybe you wear a hat.  Stuff like that.

But like I said, sometimes it’s a very small change or tweak that we need in life to become a huge catalyst for the changes that we want to make.

And even though some of you won’t do this, try going without the underwear. It’s more fun.