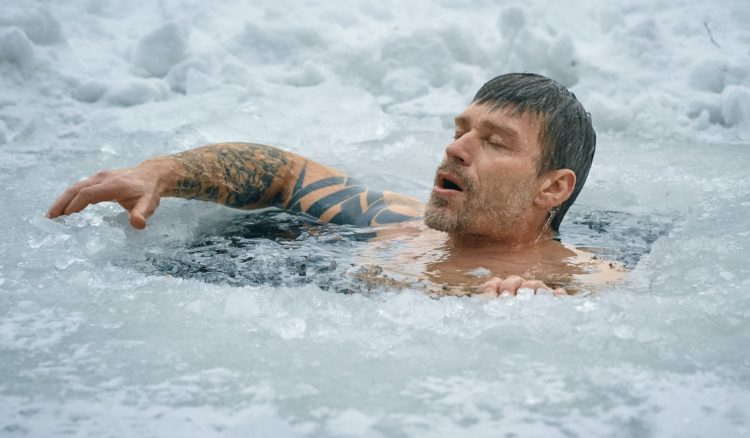 A number of years ago my wife and I were sitting in our kitchen.  It was a cold day.  Actually it was a freezing day.  Freezing as in single digits.  I remember looking outside and seeing how grey it was out there.  It had that look like a snow storm was brewing.  There was a little bit of snow on the ground from a previous storm so it was a mixture of ice and leftover flakes.  Almost for no apparent reason I said to my wife, “I’m gonna get naked and go out there for at least 10 seconds.”

She looked at me like I was nuts.  “Please don’t do that,” she said to me.  She was concerned that I was going to catch cold or get hypothermia.  I explained to her that going outside for a very short time would not give me frostbite.  That I wouldn’t catch cold.  That there was nothing to worry about.  After all, what about all those guys in polar bear clubs around the world who literally dive into freezing waters and actually swim in them?  What about all those football games I’ve watched where players are toughing it out in sub zero temperatures?

Honestly the last thing on my mind was getting sick or having something physically bad happen to my body.  At that moment I kind of just wanted to feel alive.  We had been sitting in the house all day long and we were both completely bored.  For no other reason than to change things up, I dropped my clothing, stripped down to my birthday suit, opened the door to our deck, and I stepped outside.

It was damned cold.  But it wasn’t the kind of cold that angered me.  I did my count (which I think was to about 30) and I went back inside.  I just remember it feeling somewhat exhilarating.  It wasn’t comfortable.  It wasn’t “fun.”  But it was exciting.  And it kind of put me in a good mood for the rest of the day.  Since that day I’ve made it a point to stand naked in the freezing weather at least once or twice in the winter.

It’s not about fear, it’s about excitement

You know the saying “everyday, do something that scares you?” I happen to disagree with this statement.  Frankly I don’t like being scared.  I’m not a huge fan of the feeling.  So why should I put myself into that position purposefully?  People argue that it takes you out of your comfort zone.  I 100% agree that taking yourself out of a comfort zone is a necessary practice in life to achieve growth, however I don’t think fear has to be associated with it.  Rather, I think that excitement does.  Sometimes fear comes with that excitement but not always.  I choose to be naked in freezing weather.  Others choose to jump out of planes.  It’s completely up to the individual.  But again, I think it’s about eliciting excitement, not necessarily fear.

It’s also about switching it up

I’ve mentioned this before and I’ll continue to stress the point.  Whenever we have a chance to see the world from a different perspective, we should take it.  I’m not saying to do something illegal.  I’m not even saying that you need to put yourself into a dangerous position to feel “alive.”  I’m simply saying that the mere act of “switching it up” can have really large positive effects.  For some it might be standing on top of a chair to see the world anew.  For others it might be learning a new skill.  It’s important that we keep our minds stimulated, and part of that stimulation requires giving the mind new things to focus on.  There’s plenty to be said about routine and repetitiveness (and those are great things when it comes to developing skills and seeing success in business, etc etc).  But for the same reasons that you need to switch up your workouts to see gains when you’ve reached a plateau, the mind needs to be “rewired and rebooted” from time to time so it can continue to progress.

What’s your naked in the freezing weather?

Do you have something that you do each year, day, month, whenever, that keeps you fresh?  That keeps you excited?  If you don’t then perhaps it’s time to find something.  And if you’re having a hard time finding it, remember to start off small and simple.  Then work your way up.  Good luck!