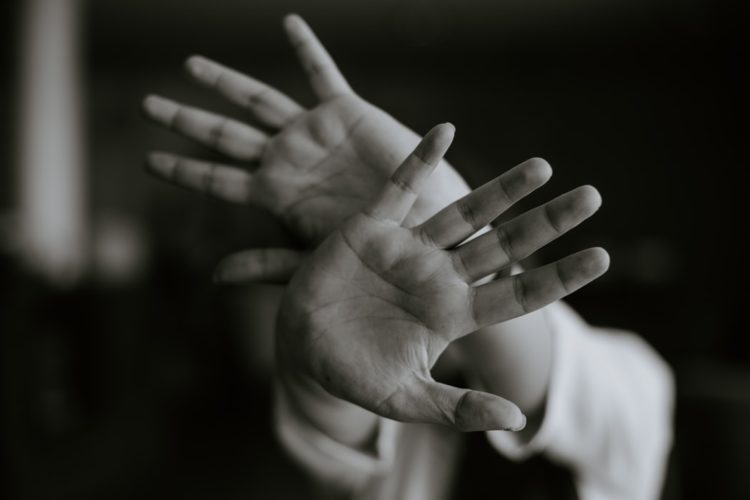 I’ve been dealing with anxiety for as long as I can remember.  Back when I was just 8 years old I can vividly recall threatening my mom on the phone from elementary school telling her that I was going to run away if she didn’t move me to another class (I couldn’t stand my teacher).  Little did I know then that it was separation anxiety because my big sister was away at college for the first time and I was freaking out about it.

Fast forward to nearly 30 years later, I lost 12 pounds in the course of one week because my websites went down and I neither ate, nor drank, nor slept for that entire week.  I remember feeling the exact same way I did when making that call to my mother.

In both instances the common thread was my brain fixating on one thing non stop.  And when I say non stop I mean to the point where I couldn’t handle it anymore.  Physically and mentally it was exhausting.  One thing they don’t tell you about anxiety is that the physical toll it takes on you feels twice as draining as any hardcore workout.

My form of anxiety

Technically I’m classified as having G.A.D. or generalized anxiety disorder.  However, this can come in many forms.  The best way to describe my type of anxiety is “getting in a loop.” If I’m stressed out or in a high anxiety phase of my life, I tend to fixate on something and I cannot stop thinking about it no matter what I do.

It gets to the point where it’s so bad that it interferes with other parts of my life because I can’t stop fixating.  Even if I’m involved in a totally different activity the topic of fixation is there and I cannot be fully present in any moment.  And often times I’ll waste hours and hours thinking about something.

But that’s just me.  People have anxiety about plenty of things and it comes out in plenty of ways.  But that’s not what I want to talk about here.  Because thankfully I haven’t felt this way in a very very long time.

The reason?  Medication.  Well, medication and therapy, but I think medication is what finally put me over the hump of dealing with my anxiety.

Why I went on medication

The road to going from never taking medication to finally embracing it was a long one.  I never believed in medication for anxiety.  I just didn’t.  It was that simple.  I knew the problem was in my mind and I figured going to therapy and “training” myself would be all that I needed.  I refused to think otherwise. What I didn’t realize was that my brain itself was the likely problem.

And it wasn’t until I had continuous episodes over and over and over again that I finally said “I cannot take this anymore” and I went on a pill.  Even then when I first started, it took me three different pills and a massive amount of experimentation of dose amounts before I finally settled on the medication I’m on now.

But what made me get over the hump and finally take a pill?  It was one sentence that my therapist said to me that I’ll never forget.  She asked me a simple question:  “If you broke your arm you’d put a cast on right?  What if there was a pill that could fix your brain?  You’d take it wouldn’t you?” It was so simple and it made so much sense.  I’ve been on medication ever since.  I’m proud of it and I don’t know if I’ll ever go off of it.

I’m not a psychotic person or anything of that nature where my case is so extreme that I cannot exist within society.  I simply need this pill to prevent my brain from going on these endless loops that cause me more harm than good.  It’s like the pill is sending a message to my brain saying “hold up, not today.”  And it works.  And I know there are a ton of people out there just like me.

Am I saying that taking medication for anxiety is for everyone?  Hardly.  We’re talking 35 plus years I had been dealing with anxiety before I finally made the decision that a pill was necessary.  In fact I think the over prescribing of medication is a horrible problem in the world today.

There are too many quack “doctors” out there prescribing pills instead of doing real work with patients to help them sort out their problems.

Which is why I recommend taking medication for anxiety only after you’ve tried everything else.  What is everything else?  Therapy and a ton of research.  Which is to say you need the right therapist and to be reading the right research.  Just finding the right therapist is hard enough.  You don’t want a therapist who recommends popping pills on the first day.  You need someone who understands you, who you trust, and who will be making the best recommendations for you and your situation.  Again, this is way easier said than done.  I’ve been through over 10 therapists in my life.

However, like I said, only after extensive introspection and research should you go on medication for anxiety.  However, if after all of this thought you know deep down that taking medication could be a good thing and you’re having trouble making the final decision to take it, just remember that sentence I mentioned before.

“If you broke your arm you’d put a cast on right?  What if there was a pill that could fix your brain?  You’d take it wouldn’t you?”