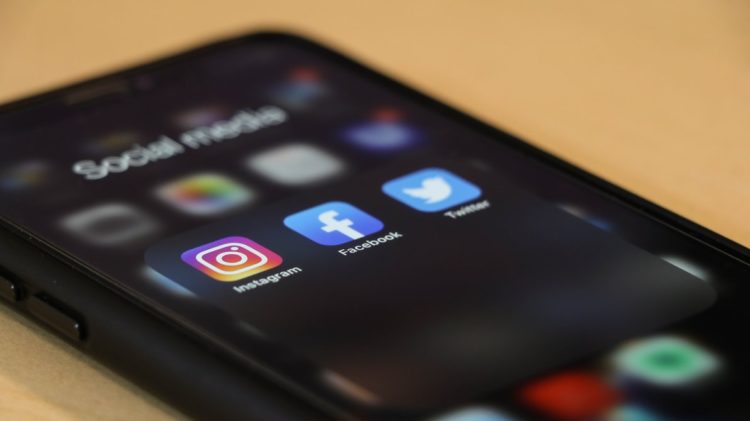 People use social media for a variety of reasons.  Some for leisure, some for business, some for entertainment, you name it.  As long as we don’t pretend that a social media site’s purpose isn’t to make money and profit from your usage, then I think we’re going to get along swimmingly.

Don’t get me wrong.  Social media sites can do a ton of good.  In fact they have the power to do more good than most things in the entire world if used appropriately.  But notice I said “used appropriately.”  If you think that the amount of “addicted” time on social media isn’t greater than the “useful” time on it, then you are likely deluding yourself.

And frankly that’s not all the social media platforms’ fault.  Like any company trying to make a profit, a social media site is going to do anything in its power to keep you on their platform for as long as possible.  The longer you stay on, the more revenue they can make.  It’s that simple.

Some people are completely against social media sites, thinking they should be banned because of their addictive nature.  Some people wish to boycott social media altogether.  Personally I think that’s a bit extreme.  After all, no one put a gun to our heads and told us to sign on and create an account.

Why I use social media accounts in my business

The first thing I want to mention is that I have Twitter, Instagram, Facebook, and Pinterest accounts for every single one of my content based websites.   These social media platforms are important in preserving an identity for my sites as well as driving traffic to my sites.  Essentially they are for branding and awareness purposes which I think are an integral part of any website, especially those that are content based.  The point I’m making is that each social media platform mentioned above has a specific purpose for my properties.  These sites are updated with either links to original content from my websites, or there is original content posted specifically for each social media site which coincides with the subject of each brand.

It’s definitely appropriate to answer any comments that come the way of the sites and be a solid representative of the brand.  However, outside of that, social media sites are promotional in nature.  Anything that goes outside of preserving the brand or promoting it is when the use of said social media sites might be deviating from an appropriate use of time.  For example, if I’m just dilly dallying inside of a social media account for one of my brands and it doesn’t benefit the brand in any way, it’s probably better to do something else.  In other words, if I’m spending more than 5 minutes a day on each social media site which represents one of my properties, I’m likely doing something wrong.

In a completely separate “business” that I run, I’m trying to grow my personal brand.   In order to do so I was doing the following: updating this site once a day, updating my personal twitter account once a day, posting on Facebook once a day, posting on Linkedin once a day, and posting on Instagram once a day.   But here’s the thing.  There’s only two social media platforms where I’m relatively known and get any kind of traction: Linkedin and Facebook.  And by traction I mean attention to myself and this website.   But even though, by no means am I a “big” person on these platforms, far from it.

After about a month of posting (or should I say re-posting) the same content to Twitter and Facebook every single day and getting nowhere, I realized I was just spinning my wheels.  First of all, I wasn’t posting anything original to each social media site, rather I was repurposing content that I post on Linkedin and Facebook.  That’s mistake number one.  Each platform has a different audience and purpose.  Second of all, I wasn’t doing something that’s absolutely vital to do on Twitter and Instagram: engage.  If you want to grow a following on those platforms you’ve got to be involved in them i.e comment on people’s content, like, share, you name it, and do it a lot.  There’s no workaround unless you’re already well known, make an announcement to the world that you’re joining Twitter or Instagram, and poof, you have a million followers.

I recognized very quickly that I was spreading myself way too thin.  Since I don’t have the time to engage on these platforms nor to create the necessary content that I think will do well, I’ve decided to focus on the platforms that are most useful to me and my goal of growing my brand.  In other words, I’d rather put more time into Linkedin and Facebook when I already have traction there than to try to do everything at once.

Long term, if I have a huge presence on Linkedin and Facebook, and if this site grows big enough, I can always start up Twitter and Instagram from a better position of strength rather than have to grow from the ground up.   And at that point (if I ever reach it), Twitter and Instagram will be useful tools for growing my brand, rather than me trying to grow on those platforms.  There’s a difference.

Don’t get me wrong though.  It’s not as if I’m saying Twitter and Instagram aren’t great brand building tools.  But I know myself.  I know what I’m willing to put it and I know what I’m not.  It’s almost as if I’d be doing a disservice to these platforms if I didn’t use them properly.  At least that’s my take.

And if Linkedin were to go up in flames?  Well, then my time would be freed up to pursue an Instagram or Twitter more aggressively.

Everyone has the right to use social media however they wish but…..

I said it before and I’ll say it again.  Everyone can use social media in whatever way they want whether it’s for business, pleasure, or anything else.  However, I happen to think there needs to be a purpose or intent behind it.  If your purpose is to connect with friends and that’s what you’re specifically using the platform for, then all the more power to you.  But the second you stray from your purpose, one has to wonder if your time is being used most efficiently.  In my view, chances are that it isn’t.  Think about that the next time you’re on a social media platform.