Home
Personal Finance
Why A $20,000 Loss Was The Best Investment I Ever Made
Prev Article Next Article 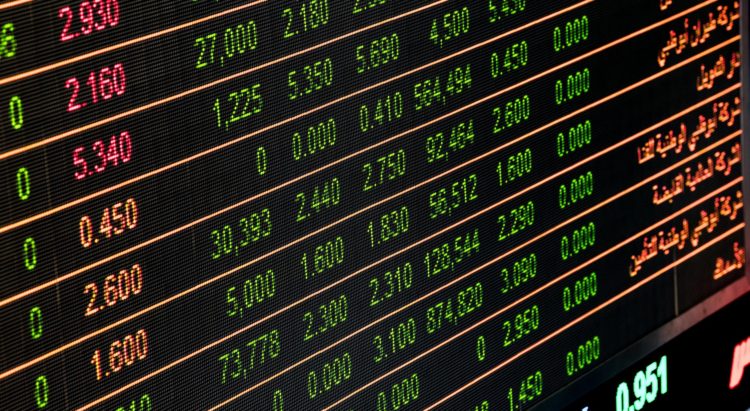 When most people start off investing they, like many others, think they’re going to rich beyond their wildest dreams.  Just like those commercials about no money down real estate and how you can make a ton of money in a short period of time, we’re mentally trained to chase after the quick, big buck.  Unfortunately for many investors they find out the hard way that the market is more about patience, persistence, and sticking with a plan than it is about taking stock tips, looking for the next big thing, and trying to find some kind of edge that rarely if ever exists.  Like any other method of making serious money, investing takes a steady diligence and knowledge of what not to do just as much as what to do.  So today I’d like to share a story of a period where I lost over $20,000 on one investment and why it was the best stock buy I ever made.

My investing world began over a decade ago and I was actually a decent stock picker.  I starting reading sites the Motley Fool and Seeking Alpha and began researching stocks.  I learned all the basics.  My first giant mistake was not going with an index fund and not even needing to learn anything at all.  But that’s besides the point.  I was younger, hungry, and wanted to succeed (plus obviously make a quick buck).  So I built up a nice solid batch of around 10 Mid-Large Cap dividend paying stocks that if I kept to today would have made a ton of money.  However, back then I didn’t have the patience that you really need to see your investments through.  While my stocks were holding steady and paying dividends I of course got greedy.  That’s probably the biggest possible mistake you can make in investing.

So I turned to a buddy I knew who worked at a hedge fund and he would give me some of his picks.  Buy such and such stock at such and such price and then sell at such and such time.  This was all completely legal.  He had no inside info.  It was all his own research.  But let me repeat that.  His research.  Not mine.  So I would put small bits of money on these stocks and the turnaround time for the investment gains were amazing.  Often times the percent gains he predicted would occur in about a month’s time.  But in reality I was only putting up maybe 500-1000 dollars per stock idea.  And despite gaining 10% on one stock in one month which is unheard of, I didn’t pay attention to that.  I just paid attention to the money I wasn’t making.

So sure enough, one of his big ideas came to the forefront.  An idea that even Jim Cramer (who you all know) seriously backed and even touted on Mad Money.  That stock was NYSE.  Remember the New York Stock Exchange?  Yes it was a public company.  At the time there was a lot of buzz about electronic trading and the strides the NYSE was making and how they were beating competitors.  But did I research the company?  Nope.  Did I look at their financials?  Not at all.  Did I check out their competitors?  Nope.  I just wanted money.  I completely skipped all the rules I had made for my existing dividend player stock picks:  Stocks that all had zero debt.  Stocks that had plenty of cash.  Stocks whose companies were consistently growing.  Stocks that were “boring” and stocks that would still be making me plenty of money today.  I’ll never forget selling Grainger, Apple, Disney, and even Waste Management back in the early 2000s.  Boy were those dumb moves.  Cedar Fair was another huge mistake (which I own today but at nearly twice the cost).  These are only a few names.  There are more.   We’re talking 2002-2003 here folks.  A time when these stocks were way less than they are today.  And I can’t even fathom the amount of dividends I’d have earned especially when reinvested.

But being as young as I was and impatient, what did I do?  I pretty much bet the farm on NYSE.  Within three months I was down over $20,000 and I sold the stock.  But here’s what happened.  I distinctly remember not being the least bit angry.  In fact I was relieved to sell the stock and relieved of the burden of knowing I made a completely uneducated bet that wasn’t dependent on me.  It was on that day that I decided my investing future would be controlled by one person, me, and no one else.

And since that time have I bought stocks on tips?  Yup.  Have I bought stocks on more impulse?   Yup.  But every single decision I’ve made was mine.  Every move I made helped me learn and I knew I was responsible for all of them.   Never did I blame anyone but myself.  It took me over a decade to get to the point where I am now.  And where is that?  Invested in a number of stocks that I’ve picked myself, more invested in the S&P 500, REITs and stuff that I personally like and think will do well.  I’m also way more patient than I’ve ever been. Now I just sit back.  If the stocks go up, great.  If they go down, so be it.  But all along the way my dividends are being reinvested and most importantly, I sleep at night.  If it weren’t for that $20,000 loss, I don’t think I ever would have been on the path to investing with more clarity.  I mean, I may have been rich beyond my wildest dreams, but that’s besides the point.  Tee hee.

What experience taught you to be who you are as an investor?