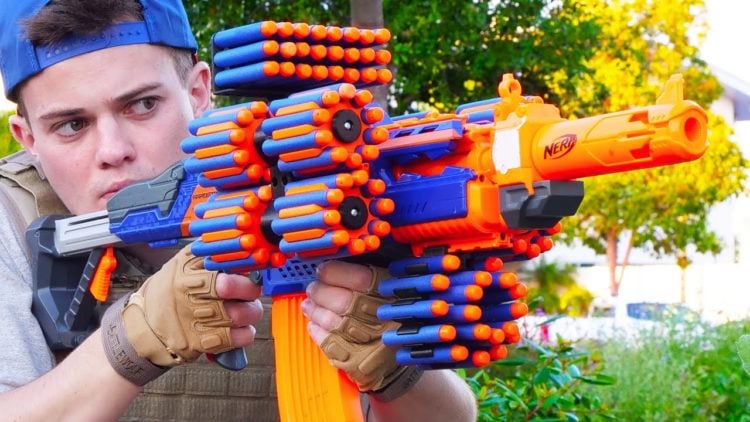 All of us have come across a Nerf product of some kind at least once in our lives.

Whether we’ve been in a nerf gun battle ourselves or know other families who are nerf fanatics, we know the product pretty well.

But I’ll bet you never heard of PDK films.

This just happens to be a Youtube channel with over 16 million subscribers.

What does PDK films do exactly?

Most of them are shot in “first person shooter” format to look like a video game only there are real characters.

While someone like me would never even think of something like this, 16 million subscribers can’t be wrong.

This is a multi-million dollar operation.

Why am I bringing this up?

Same thing I’ve been bringing up all along.  ANYTHING can make money if there’s a market for it.

Someone decided, “I like nerf guns.  I like nerf gun battles.  And I love first person shooter video games. Plus I’m a filmmaker. Let’s turn this into something.”

And he did. Paul Kousky has an estimated worth of $10.5 million dollars filming nerf wars.