Home
Lifestyle
When You Feel Hopeless and Don’t Know What to Do, This is a Big Reason Why
Prev Article Next Article 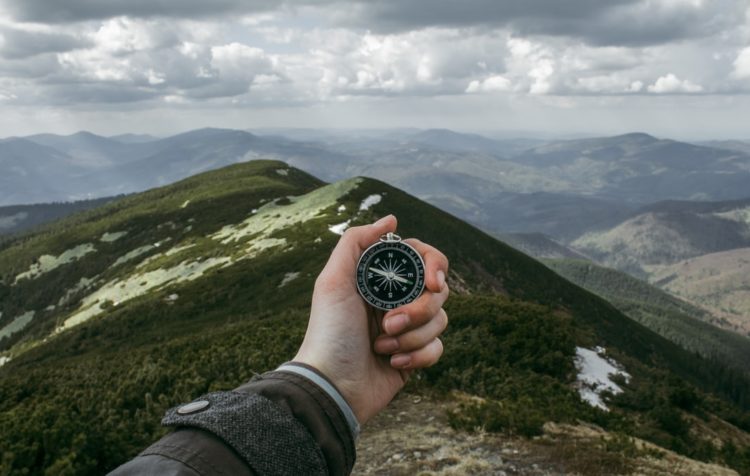 Recently I was talking to my wife and she just had this completely defeated look on her face.  I could tell that she was simply “beaten” by life.  The house looked like shit. Her hair was all disheveled.  It was just one of those days where she let everything get away from her.

On top of that our entire family had just been eating like garbage for the entire week.  The kids weren’t really behaving at all and it was also a feeling of “do whatever the hell you want, I give up” that permeated through the household.

Not one room looked satisfactory and my two boys were just running around the house with reckless abandon, not to mention iPads attached to their hands to boot.  I could tell that they simply “owned” my wife all week and I’m looking at her and she just has this look on her face.

She looks at me and says “I don’t know what to do.”  And I just sort of smiled because I knew what the problem was.  Granted we’re undergoing a tremendous crisis as Covid is nowhere near gone, but in my head I know it doesn’t have a ton to do with the Covid crisis.

And that’s because under any crisis, under any situation where you just feel walloped by life, we tend to reach a certain point where we just feel helpless and my wife used that exact word. She literally leaned over to me and said “I feel so helpless. I don’t know what to do.”

Why do we feel this way?

I feel like 9 times out of 10 when we’re in a rut it’s because of a very simple reason.  I told my wife, “you’re in purgatory. You’re in this in-between place.”  And when you’re in that “in-between” place you’re extremely vulnerable to letting life get the best of you.  That’s when I turned to my wife and said:

“You know what you need? You need something to look forward to.  You need a goal.  Any goal.”

The fact is, life is way more interesting when your goals are never ending. So I told her no matter what the goal is, it is doesn’t matter.

But if you’re living a life without something to look forward to, some kind of goal, anything, you’re going to find yourself in a rut.

And those goals or those things that you look forward to that I speak of?  They don’t just appear out of the sky.

But you got to just keep doing it otherwise life is going to get boring, idle, and when idle happens, messes happen, shit happens.  It’s when our brains get the best of us because we’re left to own own thinking devices.  When we get inside our own ends it’s usually a dangerous time.

Start small if you have to

Now remember, when I said you need to form a goal, it’s not to say that you have to be super busy all the time.  In fact, relaxing in and of itself can be a great goal you want to achieve.  What I’m referring to is that you need to always be “working” in some way, shape, or form towards something.  Your mind has to be in a perpetual place of looking forward to something so that the present is valuable time spent.

We’ve all heard it before and I’ll say it again.  Life isn’t about the destination, it’s about the journey.  I like to live my life as if the destination is always there but I know I’ll never reach it.  But it’s fun living every single day as if I’m actually trying to reach whatever this imaginary destination is.

So try to make sure you’re always in a state of looking forward to something or having a goal.  Life becomes considerably more active and interesting.