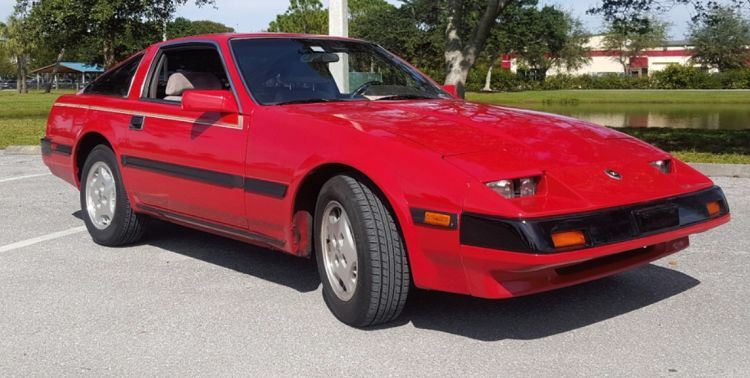 Back in 1995 most cars were automatic transmission.  With each passing moment the idea of driving a manual transmission became more obsolete.  However, when it was time for me to learn how to drive, my father insisted on teaching me to drive stick (manual transmission).   I wasn’t exactly thrilled with the idea, but since I knew there was a possibility he would pass down his beloved 1985 Nissan 300ZX to me (which was a stick), there was no way I was going to pass this up.

So we began learning.  My father would take me to the same parking lot each day and teach me to go into first gear in order to get the car moving.  It was a delicate balance of using the left foot and right foot in tandem.  You needed to press down on the clutch with your left foot, then shift the gear with your right hand, then slowly let up with your left foot while slowly hitting the accelerator with your right foot.  Once the car was in gear, you’d let up on the left foot.  Then once you reached a high enough speed, the engine would rev up and get louder because it needed to change gears into second.  At that point you’d do the same thing over again only it was much easier the faster you went.  The key was getting the car into first from a full stop.  That was always the biggest challenge.

I won’t get into downshifting and all the other nuances here.  The main point is that my father really wanted me to nail down getting into first gear.  In the beginning the car would stall out because I’d let up on the clutch (the left pedal) too soon or sometimes the car would shake like crazy because my timing was horrible.  Frankly this did a number on the transmission but there was no other way to learn.

As time went by I got better and better and the ride became smoother and smoother.  As my father sensed my skills improving he said to me “are you ready for the real test?”  I didn’t know what the hell he was talking about.  Once I was good enough at shifting into first gear and getting the car going he took me to the steepest hill in my neighborhood.  He made me put the car into the steepest incline I could put it into.  I’d put the car on brake and he told me “start her up and put it into first.”

Doing this stuff on an incline was a whole new level. It was damned near impossible.  The timing had to be so precise that the slightest misstep would lead to the car stalling out.  But with time and persistence I eventually got it.  Once I knew I could get the car into first on an incline like that, the rest was cake.  I felt invincible driving this machine.

A common phrase we’ve all heard and its lesson

Have you ever heard the phrase (or some variation of it), “once you get past this, the rest is easy?” That’s exactly what my father was trying to teach me.  He knew that if I could start that car on what appeared to be an impossible incline, that the rest of my manual transmission driving experience would be a cake walk.  And he was right.  He didn’t have to put me in that position.  After all, it’s not that often you’re on a steep incline.  But my father was preparing me for anything.  He pushed the hardest challenge on me not only for a “just in case situation” but to give me an appreciation of the challenges of driving a stick shift.  My father humbled me and at the same time challenged me to rise to the occasion. It worked.

Going above and beyond is beneficial in some cases

In life, business, anything, it’s not always necessary to go as full out as you need to.  In fact I’d argue that in many instances we tend to push too far too often.  However, there’s always a time and place for going way further than you need to.  There’s a time and place for being more prepared than you need to be.  Because when those humongous challenges do come up, not only will they not be a surprise, they’ll be much much easier to handle.  The key is knowing when and when not to push the bar.  That develops over time and experience, but you’ll get it.

My father never needed to teach me how to drive a stick shift, but I’m a better man for it.