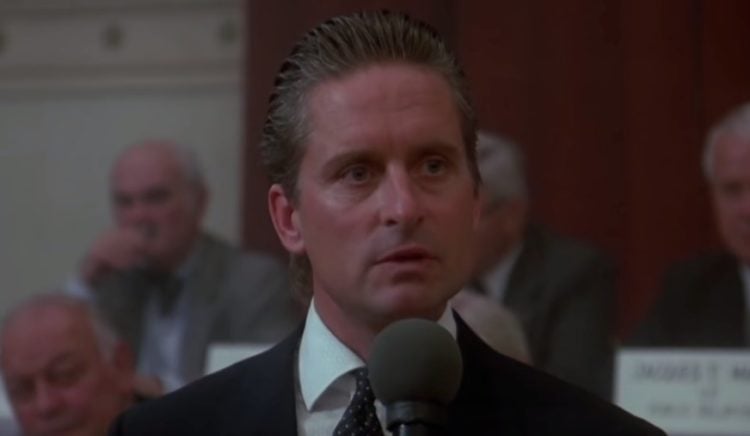 I’m sure you’ve seen Wall Street by now because there’s no chance I would have let you get away with not watching it. Remember the “greed is good” speech from the movie Wall Street?  If you don’t, it’s OK.  You can check it out below.  In any event, Gordon Gekko (Michael Douglas) is portrayed as one of the greediest, maniacal and money obsessed people in the world.  And while the movie has you believe that his greed is more of a negative trait (which it clearly is), Gekko flips the script in this speech.  It’s one of the best moments in the movie and is a speech that Wall Street enthusiasts as well as movie fans will always remember.   Here goes:

Even though all of us know that Gekko is an inherently bad man, he convinces the stockholders that it doesn’t even matter.  What they see as evil makes no difference to him because the fact of the matter is that Gekko makes his stockholders money.  And it’s because of his greed that he’s able to do this.  But at one point in the speech Gekko points to greed in “all its forms.”  Greed for life, greed for love, etc etc.  In the same breath as how greed is portrayed in this speech, I want to talk about something that I use as a motivator in my life: hate.   I’ll be the first to tell you that “hate” is a very strong word but if used in the same context that Gekko uses greed, it can be an extremely powerful motivator.

Hate as a Means to Motivate

In a previous article I talked about how many of us don’t have the luxury of knowing our passions.  In fact for many of us, the best way to find the things we love is by removing the things we don’t like.  Even more so, how about the things we hate?  How about the things we completely cannot dread in our lives? If you want to motivate yourself to make a change, get a promotion at work, lose weight, pretty much anything you want to accomplish in life, sometimes the desire to NOT be a certain way, or NOT do a certain thing is the best motivation there is.  And not only this, that motivation can get you to endure whatever challenges you face to get you closer to whatever you’re trying to accomplish.

I hated having a boss

Like I said, hate is strong word but there was a time in my life I worked for others.  It’s common.  Most of us in some way, shape, or form work for another person in our careers….that is until we decide not to.  While not all of us are cut out to work for ourselves, I never, ever fit as someone’s employee.  Call it “I can do it better myself” or call it my complete disdain for authority, but since my very first job (as a busboy at the age of 15), I could not stand other people telling me what to do.  And it didn’t even mean that I hated the person.  It didn’t mean that I didn’t respect the person.  It’s just that deep down I always knew that I simply could not stand having a boss.  Amazingly I went close to 8 years of working for various bosses to finally come to the conclusion that I simply could not do it anymore.  Luckily blogging found its way into my life. However, if not for my hatred of having to do what people told me, I don’t think I would have put in the hours that I did each day to enable myself to quit my full-time job and pursue developing websites. The desire for autonomy and flexibility to be my own man fueled my entrepreneurial endeavors.  And what motivates me now?  The fear of ever having to work for someone again.

I hate being overweight

I, like many of you, could stand to lose a couple of pounds in the lower gut region.  Am I ridiculously overweight?  No.  But the fact is that I could definitely drop 10 lbs.  Fact is that I hate that my metabolism isn’t what it used to be.  I hate that my kids say that daddy has a big belly.  I hate reaching down into my stomach area and feeling a ton of mush that never used to be there.  I hate that there was an actual time in my life where I used to have a six pack.  I hate that in order for me to look better I can’t eat as many cookies.  I hate all of these things.   But perhaps I can hold onto that hate to get something going in my life.  But there’s one caveat:

There are a thousand more examples of things in my life that I most certainly hate but I think you get my drift at this point.  However, if there’s one important thing to share about using hate as a motivator, it’s don’t let it be too late.  For example, if you’re overweight, don’t let yourself get to be obese and unhealthy before you take action.  That’s not hate motivating you.  That’s health, a doctor’s recommendation, and the fact you’ll probably die if you don’t do something quickly.  Hate is a great way to stop something bad right in its tracks.  Unfortunately how you use that hate is up to you and you only.

Hate may be a strong word, and in many instances a dangerous one.  But if you choose to use your hatred as a means to motivate yourself, just as hate is a powerful thing in all things negative, you can flip it around to be a positive motivator.  So get out there and start hating. 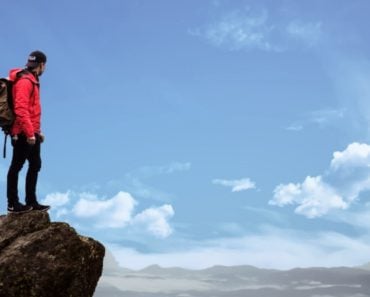