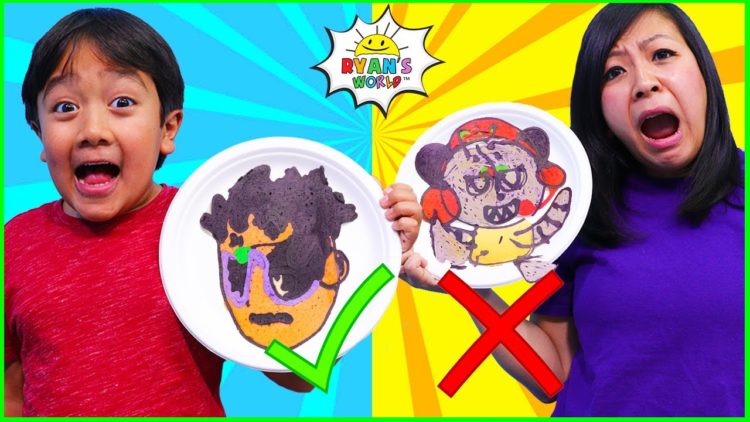 (I wrote this article in 2017 and have modified it)

As a parent I’ve seen more children’s TV than I’d care to mention.  If there’s one thing I’ve figured out about the 3-7 year old demographic it’s that its close to impossible to tell what these kids are going to latch onto. Seriously.  That’s the only constant I know. No one knew while creating the Teletubbies that they would take off.  No one could have really predicted if Sid the Science Kid would be successful. Yes, I’m sure there are analysts at work right now studying trends and doing the math on what might project well with little kids, but ultimately I think it’s a little luck. After that? That’s when skill comes in. This is why I want to bring up Youtube behemoth “Ryan’s World” formerly “Ryan’s Toy Review.”

If you don’t know the name Ryan Kaji by now know this: the kid is 9 and made close to $30 million last year.  Even PewDiePie himself got agitated at this channel and claimed that it was buying fake traffic in the form of bots to boost the numbers. He said this because of how little interaction and few comments the site gets. Others disputed those claims by saying since the people watching are little children, there won’t be many comments. Also when it comes to video counts, many attribute it to the fact that little children watch the same videos a billion times over.  But that’s not what matters.

Let me talk about my experience with Ryan’s World. My son’s are obsessed with it. It’s that simple. What began as a three year old opening toys and talking about them in a long continuous shot from a dingy house has become a luxurious set of houses, a behemoth of an office and studio, well edited videos, sponsors and partnerships with the biggest companies in the world, 2 additional Youtube channels, more of a formatted show, and millions upon millions in revenue. With regard to the Kaji family?  Ryan’s mother is a former science teacher. Ryan’s father, an engineer, also contributes as do their younger twin daughters  From what we know, Ryan isn’t exploited, loves to do the videos, they are shot on weekends, and edited during the week. Make no mistake about it, this is a full time job for the parents and their now growing staff.

So in terms of my experience with it?  I can’t stand the show.  And I shouldn’t be able to stand it. I’m now 42 years old and initially began watching a 3 year old open toys.  Now the show has higher production value but it’s still a kid in his house doing ridiculous stuff with his family.  It is the last thing I want to watch. But again, my sons are obsessed with it.  Why? I don’t know. I just know that Ryan is the biggest celebrity in our household. Like I said before, you don’t have to know why something catches on. You just have to know that it does.

This is the part where I praise Ryan’s family. They didn’t just sit back and let this thing be popular. They worked hard. They still work hard. They expanded. They added effects. They never stopped trying to improve their product. I have a message for the masses out there who complain about this show and think anyone can do it. If anyone could do it then why aren’t you?

My wife keeps saying we should shoot video of our sons opening toys and we’ll make a million. No we won’t. It’s been done before. Ryan’s the one that made it huge. There are other Youtube channels out there in the same genre that get millions of views but like any other endeavor that makes a lot of money, it takes WORK, something that people refuse to accept.

While the concept itself took a little luck to take off, don’t think for a second these people don’t work extremely hard for the money they make. But if you think you can be another Ryan’s World, then stop talking about it and do it.