Home
Business
The Lifestyle Vs. How Much You Want to Make Test
Prev Article Next Article 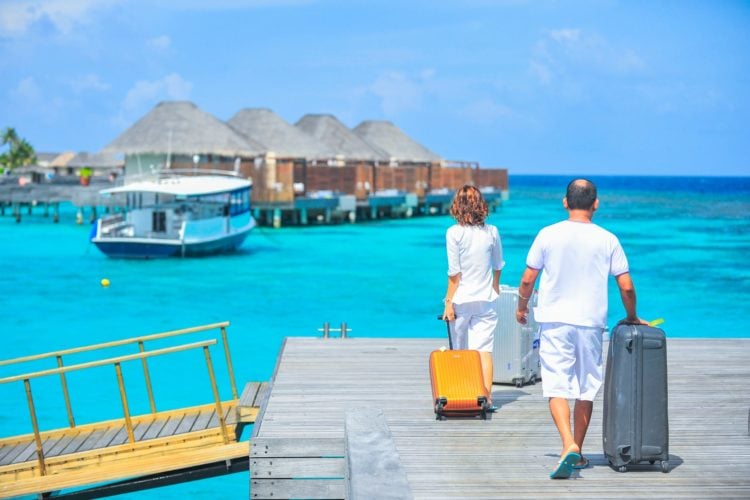 If someone else came up with this questionnaire then I completely apologize for stealing it, but to be honest I’ve never seen it anywhere.  The other day my buddies and I had this email chain going and for whatever reason our careers and lifestyle got brought up.  Just the day prior to these emails I was talking to someone who I know that works as a consultant.   This person makes north of $500,000 per year and I’m pretty sure doesn’t work much more than 5-6 hours a day.  It got me thinking.  In fact it got me thinking really hard.  When I was on the email chain the next day I posed the following question to my friends.  Which financial and employable situation would you prefer to be in?

Now here’s the thing.  Over 95% of Americans out there, and probably the bulk of you reading this don’t make $250,000 a year.  In fact many of you might make a lot less than that. And that’s completely OK.  I happen to believe you can live well on nearly any income if you can adjust and make the situation to your liking.  In fact, I think that’s what all of us need to do: Adjust accordingly to the incomes we make to fit the lifestyles we need. But forgetting all of that for a moment, the exercise itself was very interesting to me and gave me a real insight into the psyche of not only my friends but to the many people who I would ask that same question to afterwards.  Here’s what I found out:

I had zero.  Count it, zero people who answered with this option.  While everyone agreed that they’d love to make a cool million per year, not one was willing to work 80 hours a week to have it.  Many said they’d sacrifice 80 hours a week to get to that point but they didn’t expect to be working 80 hours a week when they made it there.  Frankly I think this is a very healthy answer as it leads me to believe that basically all of us seek to have a healthier lifestyle over the time spent at the office.  There are some that are workaholics out there who would prefer to be in the office than anywhere, but thankfully this is a very small minority.

This was the most common choice among people who already made a nice living.  Almost zero people who weren’t already making over $500,000 per year answered this option.  As a matter of fact, all the guys I mentioned in the email above?  Each of them are making over $500,000.   So that tells me they’re already used to working those hours, are fine with it, but would just like to earn a little more money.  It also tells me that deep down they may not have a clue as to what kind of lifestyle they really want.  They’re in the mindset of “I’m such and such age, and I should be working now.”  I don’t think there’s anything wrong with this at all but I also think these types of folks need to keep a bit more of an open mind.  P.S. none of these guys are entrepreneurs.

This is the group I’m in and was the most popular response.  I don’t quite earn this amount of money but I know it’s completely doable and I think that you can start off at 50 hours and eventually work your way down while still being able to make this kind of money.  I personally think I have a long way to go to get here but at the same time I’ve managed to cut my hours to the 30-35 mark and I know that if I continue putting in this amount of time there’s no reason I can’t continue increasing my income.  In fact, you can likely start off at 30-35 hours a week and work your way to this kind of money but in my honest opinion you need to start pretty young i.e. in your 20s because not only does it take a career to earn this kind of money but you need to have your investments working for you as well.

This is was the second most popular response.  What’s interesting to note however, is that very few people thought this was realistic which is why I think the $500,000 – $750,000 group was most popular.  But what does this tell me?  It tells me just how many people buy into the whole “you work for 30-40 years and retire” mentality.  People are programmed to believe that you work 40-50 hours a week, climb up some kind of salary ladder and then just spend your final days spending what you managed to save.  Clearly that’s a mentality I’d like people to break and I think with the new gig economy people are actually trying to break it currently.   However, too many people are still of this “grind it out” mindset that I think is pretty dangerous.

What does this all mean?

First off, I don’t think any of us need to ever really be in the first two brackets.  Personally I believe anything over $500,000 is excess.  In fact I’ve written about this when I said my life would barely change if I were making over a million dollars a year.  Believe it or not, making this kind of money generally comes with more stress than happiness.  Only a small percentage of millionaires even consider themselves happy or content.  More times than not the money tends to be stress inducing and problematic.  If you’re lucky enough to mentally be able to enjoy it all then good for you but most people aren’t.  I know that I probably wouldn’t be.

But what else is the data telling us?

I think it means that for the most part our heads are definitely in the right places when it comes to work/life balance and I happen to think that’s a great place to start. The difficulty comes from not only achieving this balance but also having the tools to increase our incomes while not increasing our hours in the office.  My goal?  That with each article you read on this website, (and hopefully some other stuff I can share along the way), getting to that perfect balance will become easier and easier as time goes by.  You’ll get there.  Just be patient and do the right things.