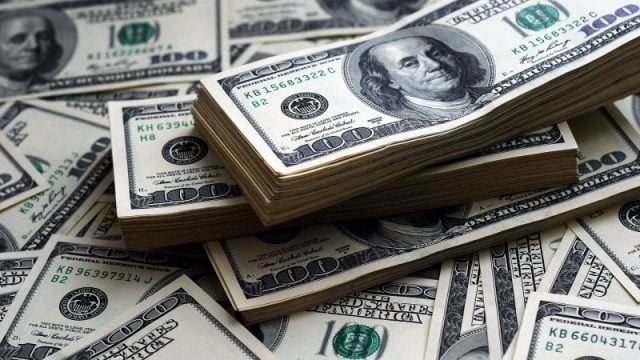 Just so we can get off on the right footing, I don’t believe the mere “thought” of money is going to magically attract money to you.

I’ve heard a lot of so-called “experts” dive into the subject of “thinking about money” and how if you start doing that you will attract money.

That’s more of a hokey, bullshit kind of sales pitch if you ask me.  Money doesn’t just land in your lap because you think about it.

However, that doesn’t mean I disagree with the notion that thinking about money will help you make more of it.   It’s just the way you do it, and the actions you take afterwards.

There’s a difference between those that have money and those that don’t.

In particular there are two stark contrasts between those who make the kind of money they want and those that don’t.

They are the following:

1. Those that make the kind of money they want seek it out

There’s a big difference between thinking that money is somehow “owed” to you.  That just because you put in the time, work, and effort that the money is going to just show up in giant sacks on your door.

This is why you see tons and tons of people working for 30 years in dead end jobs that pay them just enough to survive, but never enough to be financially content.

Many think just because of their tenor that money will automatically increase over time.  That couldn’t be further from the truth.

Those that make more money are constantly finding ways to get their hands on more money.

They are actively seeking it out.  It could be through education, job advancement, a side business, investments, anything.

The point of the matter is that those who seek money don’t wait around for it, they are always on the hunt for more ways to make it.

2. Those that make the kind of money they want dedicate thought to it

This isn’t me suggesting you go out there and think about money 24/7.  In fact, it’s quite the contrary.

I don’t need to be a millionaire or a billionaire.

But at the same time I want to be able to have the means to do what I want to do.

And to do that I know that a certain amount of money enables me to live the lifestyle I want.

To attain that lifestyle I have no choice but to dedicate some of my head space to money and how to make it.

If I don’t do that, then I’ll never be able to attain the lifestyle I desire.

So in essence, it’s not about being rich or wealthy.  It’s about having a life you want financially.

And whatever financial life you want needs to be paid attention to.  How much thought you give to money should be related to just how much money you want.

Those that want a ton of money should be thinking about money a ton.

The point is that you cannot just sit around and never think about money if you want any of it.  Period.

If you are looking to make the shift to making the kind of money you want to make, email me – (nat@uncoached.com)