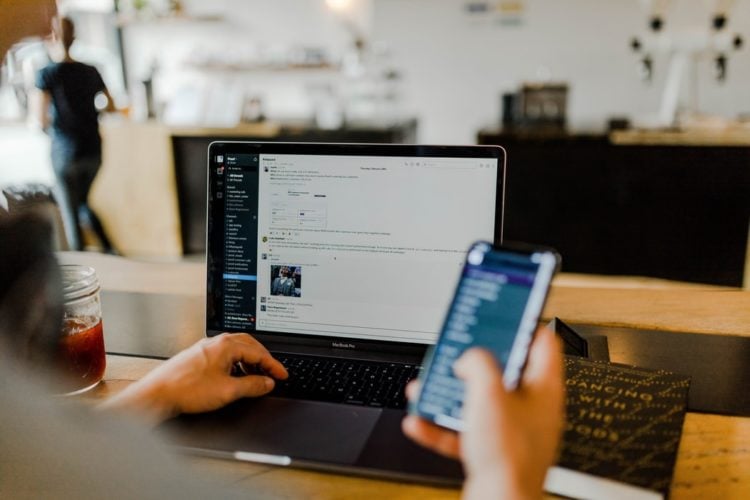 There’s a trend going around right now that’s been pissing me off more than I normally get pissed off when I receive a follow up email from someone I have zero intention of ever doing business with: it’s called the “gentle” reminder.

Have you ever gotten this?  I’m quite certain you have.  The subject line of the person trying to get your attention will look something like “This is a gentle reminder.”  And then the text will inevitably something along the lines of “just making sure you got my first email” or “I know that emails can get lost in the shuffle so I wanted to gently remind you of my first email.”

We’ve all seen them and the majority of these emails just piss us off more.  Why?  Because they follow some kind of bullshit formula that the person sending the emails received from their boss, or a template that says “follow up with so and so X times in the next X amount of months and you’ll receive a particular percentage response rate,” etc etc.

Look, I totally respect the sales process.  Believe me, I do.  And when I get these emails I try my best not to overreact (and I usually don’t, I usually just delete the email as soon as I see the subject line).  I understand that not all people respond to emails as rapidly as we would like.  And I understand that you’re just doing your job.  But I think it’s important to share some perspective from the receiver’s end.

Most of us do read these

To the emailer: While you might be inferring that our emails get lost in the shuffle or you’re not sure if we received these emails or not, deep down you know we got them, right?  Why?  Because YOU get these emails all the time and you read those subject lines and delete them too.

The fact of the matter is that most of us still pay strong attention to our email.  If we’re not going to read the entire email then we’ll most certainly read the subject line.  And if that email’s coming from someone we don’t know, then that subject line is twice as critical to capture our attention.

So remember this emailers.  We DO read these and they’ll either infuriate us more or eventually we’ll send you an email telling you to stop sending us these emails.  I know you’re going based off of numbers but perhaps try something else?

What about being original?

How about instead of starting the sales “funnel” and using a template that’s so cookie cutter that all of us recognize it, how about doing something original?  How about a subject line that none of us have read before?  How about honesty?

I don’t know about you but I’d read a subject line along the lines of “Your cat just shit on my lawn, we need to talk.”  I’m dead serious by the way.  Yeah the subject line is crazy but it’s what you put into the actual email that counts.  I can all but guarantee you that if you explain yourself, a majority of readers might actually appreciate the email.   Try something like this:

“Look, I don’t even know if you have a cat or not, but I had to get your attention because every email you get from someone salesy is exactly the same.  I’m sorry if you do have a cat.  I’m sorry if I did in fact offend you, but the reality is I don’t know you and the challenge of trying to get you to even consider what I’m selling you is close to impossible.  In fact I’m going to stop there.  Did you at least find the subject line funny enough to listen to my pitch?”

Don’t even try selling in the first email.  See if you can get a nibble.  A true sales funnel doesn’t sell the actual product for a very long time into the funneling process.  It’s about building relationships first.

Or how about doing some research on the receiver and crafting a subject line from that? What about,  “Hey I heard you like mustard donuts at midnight”

I had no idea that anyone else out there even ate mustard donuts let alone at midnight.  I gotta tell you that I tried the same thing and it was way better than I thought.  What got you into this habit? By the way, yes, I’m a sales person that’s completely trying to draw your attention but put yourself in my shoes.  I only had one shot at this thing and I thought the mustard donut angle would play.

What do you think?”

Look, I have no idea if these will work but isn’t it better and more fun than sending the same old crap?

What about not following up at all?

You could also consider just never following up at all.  I’m of the opinion that the people who respond to that first email (whether positively or negatively) are the kinds of people I’d want to do business with.

Ever think of it that way?  People who don’t return that email the first time, 99% of the time want nothing to do with said email.  If you look at it from a numbers perspective you just might be spinning your wheels doing follow ups (unless it’s automated, but again, then you’re in that same crappy scripted sales funnel that people hate).

Clearly not everything will work but I don’t think there’s any harm in differentiating yourself.

Look, I don’t have a magic email template.  I really don’t.  And there’s no easy answer here when it comes to sending the perfectly crafted email.  But I do know this.  It’s hard work.  It’s repetitive and if that show through on the email then your readers of said emails will snuff it out in about five seconds.

I truly believe the key to all this is honesty and some serious attention grabbing subject lines.  Get the ball rolling.  Make a person smile, laugh, anything.  Get their permission so you can at least begin a relationship and eventually sale something down the road.