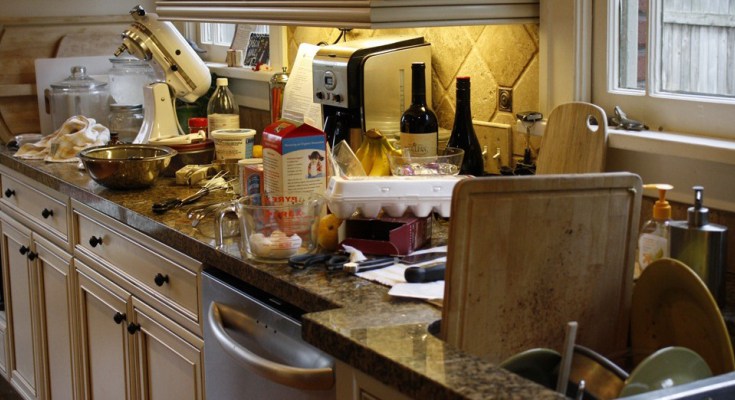 Tell me you’ve had a day like this in your lives.  Nothing, and I mean nothing went right when it came to my children.  From the moment they woke up it was just whining, television, whining, electronics, whining, video games, maybe an hour of school here and there with remote learning, psychotic behavior during and after dinner.  At least two hours of running around and wrestling and banging into things (I have two sons, 4 and 8) prior to bed.  I’m pretty sure they must have watched 3 movies and when you include television that’s at least 8 hours.  Add in screen time for video games and electronics, plus remote school, and I’m pretty sure my boys were glued to some kind of screen for 12 hours easy.  And to top it off as I’m brushing my teeth at around 8:30pm my older son comes in and puts a big wad of toothpaste on my ass just for kicks.  It wasn’t until 9:45pm that my youngest fell asleep (and he’s usually out like a light by 8:30pm).

The house was a total wreck.  Who am I kidding?  The house is a total wreck.  I mean I practically can’t see the floor in the basement because there are so many toys scattered.  Their bedrooms are complete and total destruction.  The kitchen looks like total crap.  There are dishes everywhere.  I feel like the ants are just lining up outside to make their way into all the open wrappers and banana peels rotting in the garbage.  I mean we’re talking World War 3 here.  And all this while I can’t help thinking to myself, “this is my fault.”  Well, our fault.  My wife isn’t getting out of this one either.

When I woke up today I felt horrible.  Not so much because the house was in disarray.  But more so because I let it get there.  My wife let it get there.   We gave up.  We let any type of boundary we had created with our children disappear for an entire day.  The boys wore us down.  We succumbed to their every desire.  We allowed them to essentially take over the house.  We spoiled them.  We decided that our needs were greater than theirs.  We just didn’t want to “deal with it.”  That’s not our kids fault.  That’s our fault.  We failed yesterday.  And we failed hard.

I know I’m a good parent

Look, I’m writing all of this because for all the good parents out there, these days can and will happen.  But what separates the good parents from the irresponsible ones is that these days happen less than more.  That these days are days to learn from, not to allow over and over again.  I know how much I love my children.  I know how much I love my wife.  But I also need to know that being tough on my boys and instilling some responsibility is a good thing, even if it means temporarily they’re going to whine.  Even if it means that my four year old is going to cry.   Even if it means my 8-year-old is going to look and me and tell me “you don’t love me” just to make me feel guilty.  Because if I allow that stuff to happen over and over again, what happens when they’re teenagers?  What kind of responsibility are they going to have then?  This is on me and this is on my wife.

When you feel things getting away from you, feel it.   Allow it to sink in.  Know how crappy a feeling it is.  I almost feel sorry for my boys today because they will not be getting away with anything.  At least not on my watch.  How long can I keep this up?  I don’t know, probably until whenever the next apocalypse happens in my house.  But until then, it’s time to put on my “no messing around” parenting hat.  Carry on.