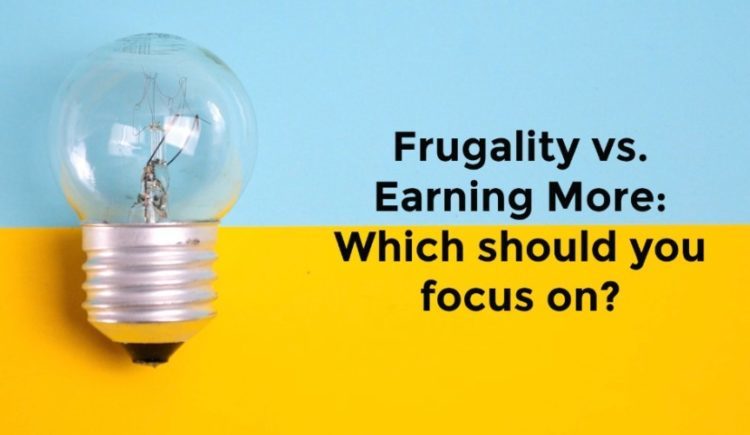 Don’t believe the hype.  Not drinking that extra cup of coffee this week and investing it into a fund will not make you rich.  Cutting your cable won’t make you rich.   Putting away an extra $10 a month won’t make you rich. At least not the kind of rich many people dream to be and that the finance industry leads you to believe you can be.  So what kind of rich are we talking about here?  We’re talking about the kind of rich where you pretty much don’t need to worry about money.  And let me tell you something.  Saving a few bucks here and there will NOT make you rich.  Can that work?  Yes, it can.  But what they don’t tell you is saving tiny bits of money and investing them long term makes you rich only if you have a long enough timeline.  And by that I mean starting to invest in your teens, literally.

Most retirement calculators and articles you read about investing always talk about having $1 million by the time you retire.  Yeah, OK, fine.   And most calculators or articles will tell you that putting x away per month for x years at x percentage will yield you a million dollars at retirement.  OK, fine.  But here’s the thing.  Most of these articles make too many assumptions.  Let’s assume you can sock away an extra $300 a month and let’s assume your investments are earning 7-10% (depending on the article you read),  then after 35 years you’ll have million dollars!  Well, yeah, in theory.  But in today’s world what the hell does a million dollars get us?  Who the hell made $1 million or even $5 million the end all be all number? Does it get us the lives we want to live?

For many of us the answer is no and for many of us we’re in way too much debt to even make this scenario happen.  Like I said, even with all of the power of compounding in the world, to attain serious riches by mainstream standards (and by that I mean at least $3-$5 million in the bank) you’d have to add another 20-30 years onto those savings with compounding interest and solid returns.  But let’s return from la la land for a second.  This just doesn’t make sense for many of us and simply isn’t realistic.   Many folks with financial difficulty aren’t in their teens, 20s, 30s, or even 40s in many cases.  So how the hell do you catch up?  How do you get those riches you want so badly?  Or rather, as you’ll hear from me a lot, how do you become financially free?   Because in reality it’s not about being rich is it….it’s about not having to worry about money.  To me that’s being rich from a financial perspective.  We need to start changing the way we’re being dealt information or at least paying attention to it.  There’s no one rule that says being rich is having x amount of millions in the bank.  There’s no one rule that says you have to be a millionaire to be happy or even rich.  But there is one truth.  Being financially free is an incredibly rewarding feeling and that’s about as rich a feeling as you’re ever going to get when it comes to money.

So let’s return to the actual issue that I mentioned earlier.  If you want to have a ton of money in your bank account and you don’t fall in the category of rapidly saving teenager, how can you actually do this?  Again, by a ton of money I mean in your bank account (even though I fully believe this isn’t necessary to be financially fulfilled).   There’s one real way, and that’s to make more money.    And here’s the simple proof:

Those who make more money are more financially rich, period

Look at the financially richest people in the world.  Check out the profiles of all those billionaires out there.  Notice something similar between all of them?  Do you see anything mentioned about all this money they have saved over the years?  Nope.  But the one thing they do have in common? They MAKE tons of money.  Many billionaires are heads of corporations that they started.  Many billionaires or millionaires are heads of multi billion dollar companies that pay them millions of dollars a year to run said companies.  Look at all the biggest names out there.  Bezos, Buffett, Gates, Zuckerberg.   Do you think these guys are putting away cents at a time and putting them in coffee cups?  No, they’re putting away millions and billions at a time from the companies they created.    Sounds so ridiculously simply doesn’t it?  Well, it is when you read it that way.  The complex part is the difficulty it takes in making that much money.  If you make more money you put away more money, simple.  Sure you can lose it all but that would be your fault and no one else’s.    So remember, most of these guys out there made a TON of money and THEN invested it, not the other way around.  If you want more money, make more money.  It’s quicker and more realistic.  However……

How do you make more money?

Ahhhhh.  So this is the question right?  Of course it is.  My advice?  Focus on only a few things that can make a ton of money.  I’m not sitting here and telling you what to do.  I’m not here sitting here saying there’s one answer.  There are literally millions of answers.  It could be excelling at your current job.  It could be starting your own business.  Honestly it could be anything.  One thing I know it won’t be?  It won’t be putting away an extra few bucks a month.  If you truly, truly want buckets of cash, you won’t get it by throwing money into 100 things or even 10 things.   It’s been proven time and time again that the richest people in the world have interests in very few things at the start, and THEN branch out and spread around their cash.  You think Jeff Bezos was puttering away trying to eek out extra savings here and there?  Nope.  All he did was focus on Amazon every single day until it became the biggest company in the world.  Mark Zuckerberg didn’t sit around using retirement calculators trying to formulate some plan to have a million dollars at 65.  He spent every waking moment building Facebook into a multi billion dollar company.

And here’s the thing.  I’m not saying you have to be a billionaire or even a millionaire for that matter.   That life is not for everyone. Frankly I wouldn’t want the life of a billionaire.  It’s way too much to handle in my opinion.  But if you want to truly have more money by that critical time of retirement (that’s a whole other animal because frankly I think retirement is a terrible word and shouldn’t exist, I don’t even want to retire, ever), MAKE more money and then you can start worrying about all those retirement calculators and percentages.  Make your money FIRST, and then PRESERVE it while modestly trying to make it grow.   To me, that’s the path.  Don’t stress about all of these savings articles and retirement B.S. you’re reading.  Stress about making more money, if that’s what you truly seek.

Look, there’s plenty of more information on this that I’ll eventually get to in more articles but one more thing:  In my life I try to focus on making the most money I can while doing the least amount of work and spending the least amount of time doing it.  Easier said than done but if you dedicate your whole life to this philosophy, it’ll come into play.   Good luck out there folks.  It’s up to you.