Home
Lifestyle
Progress is Progress: Don’t Muck It Up Even if It’s Slow
Prev Article Next Article 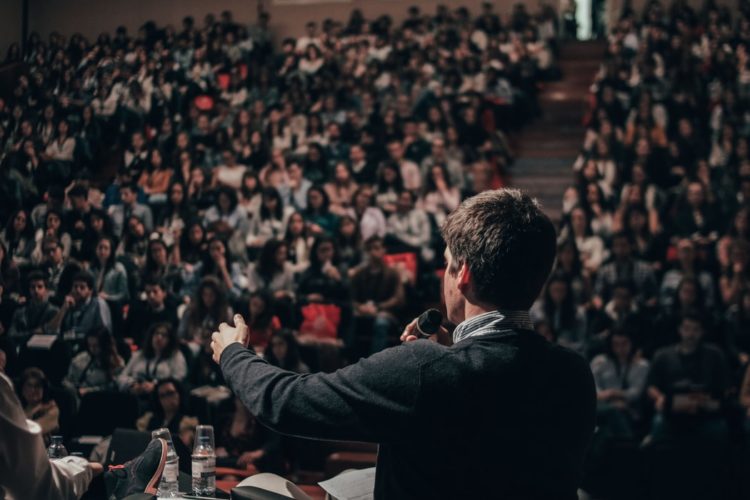 I’ve been frustrated for this entire month.  Despite the progress I’ve made I’m still frustrated.  I can’t help it.  It’s in my DNA.  Let me explain to you exactly where this is all coming from.  Starting back in January of 2020, I decided to see if I could build up my following on Linkedin.  It all started as something as a kind of “let’s see if I can do it” project.  I wanted to see if I could get to 100K followers just to see if I could.  No real end goal other than that.  Fast forward to today and it’s evolved into updating this website everyday, posting to Instagram, Facebook, Twitter, hiring a PR Firm, deciding on what to include in a book I’m writing, and deciding on content for a complete redesign to this site.  Oh and by the way I’ve spent quite a few bucks on all of this so far.

Why am I doing all of this?  The overarching goal is to be speaking in front of large crowds and developing a large personal brand. It’s something I’ve always wanted to do and hadn’t taken it seriously until now.  My theory behind this is that my websites may not last forever but a personal brand can.  If you can figure out how to create an income stream from being you and developing a following, that income stream should last forever if that following is nurtured and continues to pay attention to you.  It’s kind of a hedge on my current business of owning a number of websites.  I’m a worrier so I always like to try and build up as many income streams as I can.  It’s just something I’ve accepted about myself.

But why am I frustrated?  Because nothing’s really happening yet, even though it has.  You see, in my mind nothing’s happened yet because I haven’t received a single speaking gig and my following isn’t growing as fast as I’d like it to.  And yet when I started all of this I had a goal of making an additional full-time living by the age of 45.  I’m currently 41.  Four years is more than enough time to get this thing going into high gear.

Still though, here I sit, 8 months in on Linkedin and literally only a month in working with the PR firm and updating all my social media sites, with “nothing” to show for it.  Even as I write this I’m kind of laughing a little on the inside.  Why?  Because here’s the reality:

Do I have measurable results right now?  Not really.  And that’s what pisses me off.  There’s zero instant gratification and I can get into ruts for weeks because of this.  It’s a problem many of us have and in these moments I know it’s critical to take a step back and actually look at the progress.

Here I am expecting to speak in front of huge crowds, make a full-time living, and be on top of the world within 30 days when my own business has been 13 years in the making.  It wasn’t until literally years 12 and 13 that I finally had the courage to slow down (even though I could have done that longer ago).

And yet here I am, frustrated and pissed because of a lack of “success” that I feel I should have by now in an endeavor I’ve barely begun.

Slow progress is progress, and it’s real progress – don’t mess with it

Every single bone in my body is telling me to quit trying to pursue a personal brand.  Seriously.  I’m at a point where I feel frustration with the PR firm for not doing their job (even though they are).  I’m at a point where I feel like quitting Linkedin because it’s just not working in the way I want it to (even though it is).  I’m at a point where I want to quit Instagram and Twitter because my followings on there are growing at a snail’s pace.  And yet here I am, barely into my 4-5 year plan on all of this.  Here I am, probably further along than I realize, but I’m still pissed off. Here I am, a tiny speck of time in compared to my primary business which took literally 300 times as long to come to fruition. Here I am, bitching, whining, and expecting the whole world to come to me in an instant.

It’s just good to vent about it once in a while.