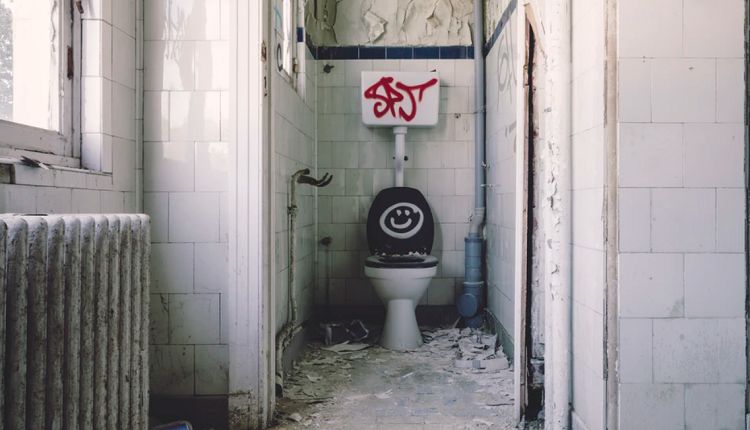 I’m not sure I ever shared this story before but it certainly bears repeating.

Back in my recruiting days in the early 2000s I was in a particular job where I couldn’t stand my boss.

She was the micromanaging type of the worst kind.  Actually I had two bosses.  One I really liked, but this other one was the worst.

High strung, a loose cannon, and always up my ass.

She made me very uncomfortable.  Every single time she would walk by my office I always felt I had to “look busy” or she’d get pissed.

I always felt that I had to stay in the office until she left, otherwise it wouldn’t be up to her standards.

Put it this way, I never felt comfortable around her and I never, ever told her how I felt.

When I eventually resigned it was the first time I could ever tell her anything honest and she treated me like garbage when I told her I was leaving.

But if there’s one thing I’ll never forget about that job, it was this:

I used to nap on the toilet

The job was so stressful to me that I was always mentally exhausted.

So much so that when I would come back from lunch and I had one of those “lunch comas” I would retreat to the bathroom and take a nap while sitting on the toilet.

I did this because I had so much fear of my boss that I didn’t feel I had a choice otherwise.

The stress combined with heavy lunches was a perfect recipe for needing a 30 min nap.

Unfortunately my naps were limited to 10 minutes at most and they did nothing because well, I was on a toilet.  Not exactly the best place to nap.

What you need matters

The main point I’m trying to demonstrate here is that there was zero chance I could ever tell my boss that I needed a nap every day.

That would simply never fly with her.

But imagine I did take a solid nap each day.

I wonder how much more I would have gotten done there.

I wonder how free I would feel and more motivated had I not felt so constrained by my boss’s will.

Imagine I had the kind of boss who could actually understand the best model I needed for success.

Did it mean I should have quit right then and there?  No.

But there wasn’t a day I had at the job where I didn’t feel like leaving.

And one one should never have to work like that.

I know what I need and I get it

These days I take a nap every single day and I am my own boss.

But that doesn’t mean if you’re in a job where you have a boss that you can’t do the same.

And it’s not just about napping.  It’s about speaking up about what you need to be most successful.

If your boss can’t understand that, then you’re likely in a difficult situation and you seriously need to think about it.

Again, I’m not saying you quit right off the bat but in this world, people need to know quite clearly how you can succeed.

If that means you need a break every 2 hours, then so be it.

What kind of support are you receiving?

Are you getting the kind of support you need?

Are you having trouble communicating what you need to other people?