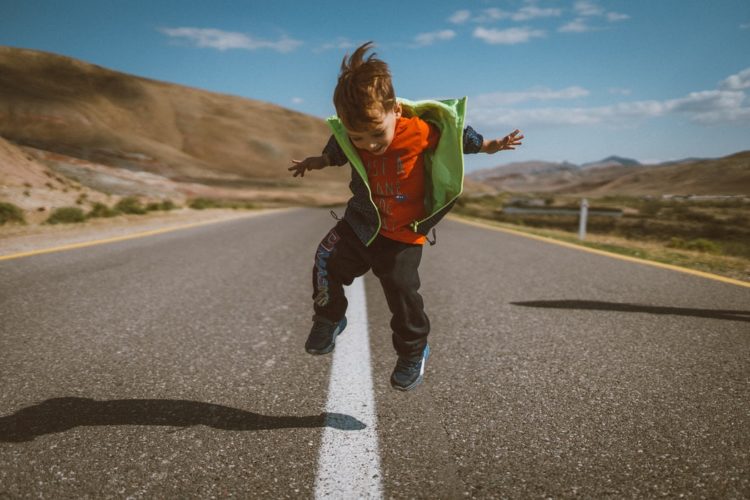 I preach taking responsibility and ownership for yourself constantly.

I think the more you can own up to the mindset that the majority of things in your life happen because of your own actions, the better.

However, when you are a parent, things are different.

When you have young children, at some point you do need to teach them that kind of ownership, but my sons are 4 and 8 years old.

They are most certainly not ready for that kind of responsibility yet, nor are they capable of understanding it either.

So when my son nearly killed himself yesterday, I knew that my wife and I were to blame.

How did it happen?

In the last 2 weeks or so, my sons have been extra rowdy.

Something tells me that the weather getting colder and school starting has something to do with it.

Plus the fact that our pool is no longer in use just makes it that much less incentivized to go outside (where I think my sons need to be).

And by rowdy I mean they’re just going nuts.

Running around the house, leaving massive messes everywhere, jumping up and down on furniture, you name it.

So yesterday evening, my sons decided they would line up pillows on the floor of our den.

They would then jump off the couches (and in even higher places) and land on said pillows.

I was there, watching the whole thing and while it was a little crazy, I still felt it was safe.

But here’s where it got bad.

The two of them decided to go upstairs and for literally five minutes I wasn’t watching them.

My wife was taking a shower.

99.9 times out of 10 nothing would happen in this scenario.

Normally my sons go upstairs, run around, do what they do, and there’s very little to worry about.

But what happens yesterday?

Amazingly I never even found out until an hour later when my son told me himself.

Turns out that my oldest son set up some pillows at the bottom of the stairs and jumped the ENTIRE stairway down onto the pillows.

We’re talking 15 stairs or so.

If it weren’t for him telling me what he did and to “not tell mom” I’d have never known.

What did I do?

My first reaction was shock.

In fact, I’m still shocked today that he would even attempt something like this.

The fact that he didn’t die, break a bone, or even get injured is a miracle.

Hell, I can’t even make a jump like that.

Grateful that he was OK but furious that he would even try something like that.

It was extremely hard for me to react.

Let’s just say long story short, I did punish him.

And I did end up talking to him for quite a while before he went to bed.

Literally this morning at 7am, my son comes into my office and gives me a big hug.

I think deep down he knew what he did was wrong otherwise he wouldn’t have told me not to tell his mother.

Was this a big cry for help?

The psychoanalytical part of me says “yes.”

I think even he knew that he and his brother were getting a little too crazy for their own good and this was the straw that broke the camel’s back.

Is it entirely my fault?

Look, this was definitely a one off thing.

A million things could have happened here.

But I can’t help but to think it’s my fault.

My fault because all along I should have been more strict.

My fault because COVID has become a complete shock to my boys and I need to watch them closer.

My fault because I myself know better.

But one thing I take solace in is the fact that my son came downstairs to hug me.

I know I’m a good father.

He knows I’m a good father.

But I still need to do better.

I’ll be thanking my lucky stars for a while that my son didn’t get severely injured.

And as much as I’m still shocked, I’m still grateful that this was the wake up call and not something far more serious.

Parents, stay on top of your kids.  Always.  No matter how old they are.