Home
Business
Did You Know That Many of These Money Making Courses Actually Work?
Prev Article Next Article 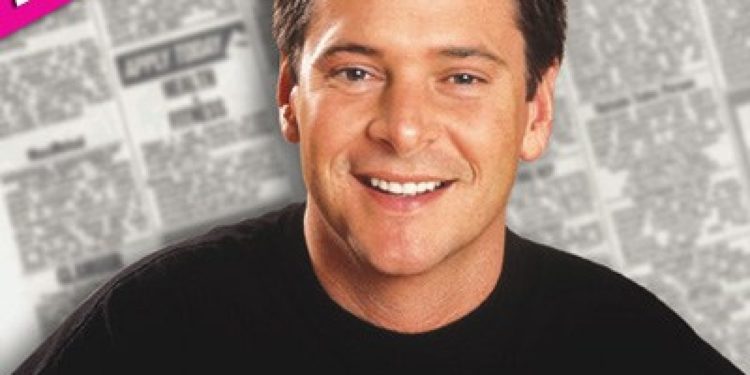 I’ll never forget the very first “Get Rich Quick” scheme that I bought.  It was from a commercial I had seen at least 50 times until I finally said to myself, “I’m buying this thing.”  Remember Don Lapre and his 1-900 numbers and classified ads business?  According to AV Club, “Lapre had been a fixture of late-night television since the early ’90s, when he began producing infomercials promoting his “Money Making Secrets”—essentially a collection of brochures and audiotapes that relayed strategies for setting up 1-900 numbers and placing “tiny classified ads” to then make money off of other curious recruits.”  I bought his program, read it like crazy for about a week and then quit. Now, Lapre is an extreme example of someone who was NOT a legit businessman.  In fact he went to jail and later committed suicide as a result of all his lies and mistakes.  However, I’m using him as an extreme example to make a point.   Don’t worry, I’ll get to that point. Remember Carlton Sheets and making money with real estate with no money down?  How about Robert Kiyosaki?  And even more recently, how about the exploits of one Tai Lopez, you know, the guy who took videos in his garage that featured a Lamborghini only it wasn’t his garage and not his Lamborghini?  Lopez shares all his “secrets” in his discounted courses and teaches you how to make money online.  The examples are endless.

And this didn’t just start in the 80s or 90s.  It’s been going on since the beginning of time.  All of us want to make money, make it fast, and do it in a way that seems simple and quick. Obviously that’s not real life and I’m not going to pretend it is.  But there’s something to be said about all of these marketing gurus and money making peddlers. They are experts at tapping into human emotions and feeding off of people’s desire to live the financial life of their dreams.  There’s also something out there that some of these guys don’t tell you.  Many of these programs actually can work if you read between the lines.  They also work if you follow them to a tee, do your own research, and treat each and every one of them like it’s your job, because frankly you need to treat it as a job to be successful.  So here’s what they don’t tell you.

Getting rich quick is impossible however….

So here’s the reason why many people, including myself wind up quitting all of these courses that are thrown at us.  Because it takes actual work to make money with them!  How ridiculously unfair right?  In fact, some of these programs are easy to follow.  They are literally roadmaps to making money.  However, here’s the issue.  Most people have the attention span of a fly and if they don’t see immediate gratification they are going to stop these programs and move on.  After all, the course was only a couple hundred bucks right?  So who cares?  Well, you just made the owner of the course richer and did absolutely nothing.  I hope you can sit with that.   Here’s the thing.  Many of these courses are legitimate money makers but like all wealth, it takes a ton of time to accumulate.   I myself have been doing what I’ve been doing for 12 years.   I saw nothing, and I mean zero fruits of my labor for AT LEAST 6 months.  So let’s get this out of the way right now.  If you’re not willing to put in at least 6 months of absolutely busting your ass at whatever it is?  Don’t even bother.

Here’s why many owners of courses or programs sell their courses or programs:  making money selling their systems is usually much easier than making money utilizing those systems.  The majority of people you see selling how-to courses became very successful at their crafts but it took them a number of years to get there.  Putting together a course and selling it online is way easier than the job itself.  For example, if you have a very successful business selling products on Amazon, that could take you years to build.  However, in the course of a few weeks or months you could put together a guide on how you did it, place a number of strategic ads, and potentially make more money selling your course than the products you were selling on Amazon.  In theory because of your program you could teach people to do it faster than you did, but don’t ever forget it’s still going to take time for these people to make money.

Once you’ve achieved a great amount of success in something, then and only then do your options become greater and greater.  Its up to you to take advantage of them.   I’ll use myself as an example.   When I began my whole journey building websites I knew nothing.  After 12 years I’ve managed to make a pretty decent living off of content based websites.  However, the world of possibilities is far greater than that.  If I wanted to I could likely create a course on how I do what I do, potentially advise other companies on how to do it, speak at events, teach classes at college, be on panels at conventions, etc etc.  So why don’t I do these things?  Believe me, I’m trying, but like anything else these things take work too!  But once you get rolling, that’s when things become much much easier.  You just have to “get over the hump” as I call it.  Take cold calling for example.  99% of people who are in cold calling jobs don’t last.  Why?  Because it’s ridiculously tiring, boring, hard work.  They burn out and quit before building any kind of business or client list.  However, once you can actually build up a client list from said cold calls (which will take at least 1-3 years if you can stomach it) you might stay in your job for a decade or longer because that hard work paid off and made your job much much easier.

Some of these are definitely scams so do watch out

Whether you decide to buy a course or do your own research to get good at something, it’s important you are thorough in exploring the opportunity.  I think that a TON of courses out there on places like Udemy are 100% legit and you can kill it with these but ultimately it’s up to you to do your research to find out if they are worth your time.  Remember, time is HUGE.  It’s the most valuable thing we have so do not waste it.  Think very seriously before purchasing a course on how to do anything, especially when it comes to making money.  But if you decide to dive in, then dive the hell in.  Don’t dilly dally.  Actually follow the steps.  See if you can make this thing work.  But for the love of God don’t try something for a week, expect to make money, and then quit when you don’t.  You’re just setting yourself up for disaster.

Can you make money buying and selling real estate?  Absolutely.  Can you start a house flipping business? 100%  Want to sell products on Amazon or Ebay?  Honestly it’s not that difficult but what you need to get straight the moment you decide to pursue one of these things is this:  there are NO shortcuts.  It just doesn’t happen.  Remember, give something at least 6 months and that’s being generous.  You really need a year at something to see results.  But remember this too.  Don’t ever be afraid to stop something either.  If after a year you give something your all to no avail?  Then, and only then is it OK to quit.  But be smart.  Don’t spend too much money, don’t do anything rash.  Stay within yourself.  Be logical.  Be smart.  Once your business or endeavor becomes successful?  That’s when making money becomes easier and “quick” as all the gurus say. 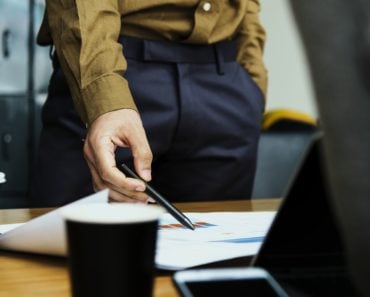