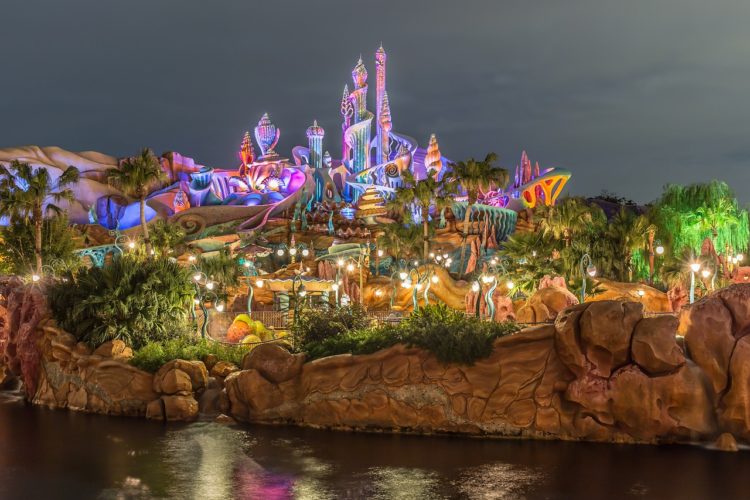 I think it’s safe to say that every single person we know has had some kind of COVID-19 related story that involved making a decision that was extremely important to them.  While my family’s story isn’t nearly as life threatening or “serious” compared to many, it illustrates the importance of making decisions which I think is critical to finding balance in our lives.

Disney World:  To go or not to go

When news of the COVID-19 crisis really started picking up steam in late February, like many families, we were keeping our eyes and ears open but clearly weren’t ready for the brevity of the moment.  However, lurking in the backs of our minds was the fact that we had a Disney trip planned for March 18th.

A family trip is a family trip, and while it’s peanuts in comparison to many other issues in life, for many families a vacation is a big commitment.  It takes planning, money, and a whole host of other things that we have to take pretty seriously in order to go.  Not to mention if you have two small boys it means the world to them so the prospect of not going can really devastate them.

Nevertheless news of more coronavirus cases were worrying us and the more information we learned the more we started to feel that a place like Disney World wouldn’t be the ideal destination to go during a growing possibility of a pandemic.  I know, it sounds silly now but you have to remember that at the time, no one thought COVID was going to be nearly as serious as it has become.

Right around early March my wife and I were starting to talk about cancelling.  We kept going back and forth based on new information we were hearing about the virus.  Every single day something new came out and every single day it seemed we were changing our minds.  Was it OK to travel?  What are the chances of getting it on an airplane?  Are crowded areas really the right place to be at this time?  Remember, no one was even talking about masks or social distancing at the time.

Finally, on March 16th, two days before we were set to leave, I pulled the trigger and cancelled.

In retrospect is was clearly the right decision from a public health perspective. And if you’ll recall, Disney actually closed its doors during that very same week.  But that’s not what’s important here.  What’s important is that we made a decision and stuck with it.

Why we chose not to go

Ultimately our decision to cancel the trip came down to one thing:  we knew we’d be uncomfortable on this trip.  As parents we know how important it is to go on a trip and be “all in” on it.  The last thing my wife and I wanted was for us and the kids to be fearful on our flight, fearful at the park, hotel, and basically any place we were at.  We didn’t really know proper protocols back then and the fear of the unknown was just gnawing at us.

In the end we decided “it’s just a trip, and we can always go another time.”   To us, not going on the trip was far and away better than the risk we perceived in going on the trip.  Within minutes after hitting the cancel button on our flights and calling up Disney to reschedule, we felt better.

You have to make a decision

This is just one story of millions in our lives.  It’s just one example of a time where when you pull the trigger and commit to something you immediately feel at ease.  The reason is because knowing something is always better than the fear of the unknown.  It’s that simple.

Whether something is good or bad, it’s way better when it’s real.  Here’s another quick example to illustrate my point.  There was a period in my life where my websites were down for 7 days.  It was probably the worst period of my entire career.  I was stressed, lost over 12 pounds and simply could not function that entire week.  The reason wasn’t because of what would happen if my sites were down indefinitely.  The reason was because I simply did not know if they would be down, and that not knowing produced a level of anxiety far greater and more destructive than even if tragedy struck.

At least when tragedy strikes you can assess the situation and form an action plan on how to correct it.   At least then you can start ACTING instead of THINKING.  Whether we’re in a great mood or a terrible one, being in action mode is far more productive and produces way less stress than our anticipation of something.  I’d rather be angry and working my ass off then be freaking out whether or not I should in fact be angry.

The point is this:  I’m not saying that a decision should be made for decision’s sake.  You certainly want to be rational when making a decision.  However, at some point, when you know you have enough data, make that decision and don’t turn back. The stress of not knowing will vanish.  While it might take varying amounts of time to dissipate, believe me, it will dissipate.

In our case, the cancelling of the Disney trip made us feel better in literally seconds, whereas some decisions might take a bit longer to produce the same effect.  Either way, making the decision is way better than not making one at all.