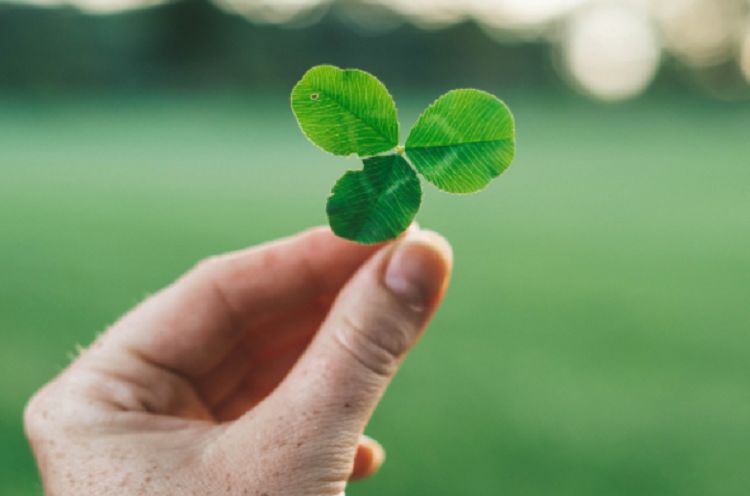 While I happen to wholeheartedly agree that we create our own luck, I’m also not naive enough to think that luck doesn’t play a part in success.

Let’s face it, there are certain things that have little to no explanation as to why or why not they happened.

It’s those things that I’m more than happy to attribute to “dumb luck.”

Here’s a perfect example of what I consider to be plain old dumb luck combined with my man-made circumstances.

I invested in a company about 4 years ago.

This company happens to be run by a close personal friend of mine.

When he first started the company I used to search Google for his company name to catch up on him once in a while.

One random day I happen to see an article that some pretty famous investors put money into his company.

That peaked my attention.

It also happens that another close friend of mine works at the company.

I called him up and asked if I could invest.

I was “in luck” because they had about a week left for investors to pull the trigger in their current money raising round.

The next day I got on the phone with my two buddies and the day after that I put in a nice chunk of money.

Fast forward to today and it’s looking like a life changing investment.

It’s what you do with the luck

In the example above that I just gave you, here’s where the luck came in.

If I hadn’t called my friend when I did I’d have never gotten the chance to make this investment.

There’s no explanation for that one other than dumb luck.

But here’s where the luck didn’t come in.

I had the money to invest.

I was keeping tabs on my friend’s company because I was legitimately interested in it.

I did my research on the industry.

I pulled the trigger after assessing my finances.

Luck can take you very far

People say that luck can only take you so far.  I disagree.

Luck can take you very far.

What takes you further is what you do with said luck.

Instead of letting something lie, there are times you gotta pull the trigger.

And it doesn’t have to be an investment.  I just felt my example above applied.

Luck happens and it happens often.

However, some people are way better at taking advantage of it than others.

So while you can create your own luck, you must also strike while the iron is hot.

Need help doing both?  Message me.