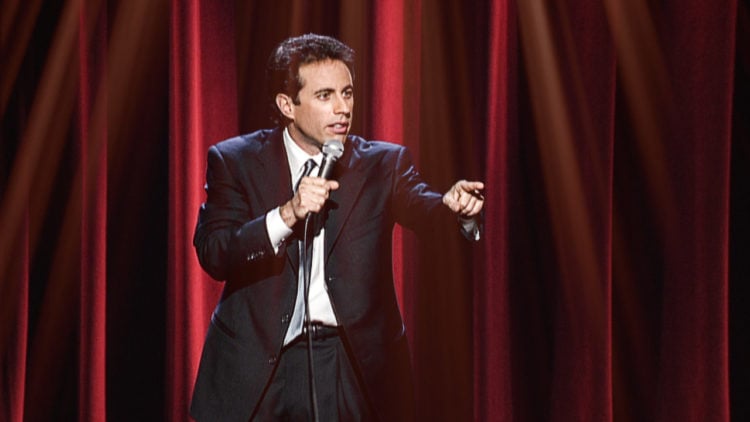 The year was 1998 and Jerry Seinfeld was at peak popularity.

Just as his hit show was ending its run, what I would consider to be his biggest stand up special came out.

It was called “I’m telling you for the last time.”

Considering how clean a comedian Seinfeld is, there was one segment of this routine that completely blew me away.

And it was pretty obvious that the audience was shocked as well.

In the middle of his routine and to keep the audience alert Seinfeld blurts out “Let me tell you what I like about Chinese people.”

The audience all of a sudden went quiet, then laughed a bit but was amazingly alert and interested in what he was going to say next.

Now, in today’s day and age you couldn’t get away with that line but it always stuck out to me.

Which brings me to my point.

Whenever I create a video I make sure to have a great hook.

In other words you’ve got to draw in the viewer.  Whether it’s shocking them, making them feel sad, angry, etc etc, something you say has to elicit an emotional response.

But here’s the part of a “hook” that most people just don’t get.

You’ve got to “bring it home.”

Your hook can’t just be for the sake of getting attention and then you just leave it at that.

You need to tie that hook into your message and it better well make sense.

Otherwise you go from someone who is creating value to simply an entertainer.

There’s nothing wrong with being an entertainer but if you’re trying to run a business, having a hook and nothing else will get you nowhere.

Think about that the next time you’re trying to shock and awe.

What’s the reason behind it?