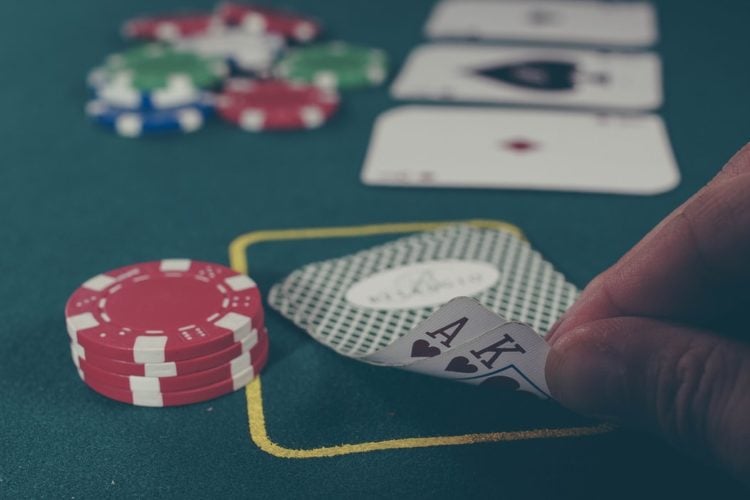 Whenever we tell stories about things we have regretted in our lives, we’ll inevitably share an anecdote or two about a time when we simply didn’t do enough.  Perhaps there was a stock we bought and we should have bought more.  Maybe there were people in our lives we didn’t spend enough time with.  Or how about that business trend you saw coming but didn’t capitalize on it?

However, there’s no doubt in my mind that there are times and places where going all in can make a tremendous difference in your life.  But how do you decide when and if you should be going all-in on something?  Based on my experience, I’ll do my best to explain it and how to reduce your risk as much as possible while doing so.

When something is working, go all-in until you can’t

From a business perspective if something is working, and it’s working well, that’s when you need to think about going all-in.  By no means am I saying that you forget about everything else, but you definitely should be placing less priority on other things and placing more on the thing that’s working.  Let me share an example from my own personal experience.

Starting around 2014 an incredible opportunity in ad buying became prevalent on the internet.  If you had a website that was displaying ads, there was a humongous discrepancy in how much you could pay for clicks to your website and the amount of money you could earn on the traffic you were receiving.  In other words, you could pay one cent per click for a visit to your website, but that visit might earn you 2 cents.

While the numbers weren’t THAT good, they were usually in the range of a 30-50% return, which is ridiculously high.  And we’re talking on a daily basis which is unheard of in any other investment vehicle. In those days I had a business partner and we seized on this opportunity.  We spent a fortune on advertising and were able to make a very large sum of money.

Eventually larger websites and companies were catching on to this and in early 2018 things really began to fizzle.  The cost of advertising went way up and margins way down.  In order to make the same profit you had to spend a ton more and risk making way less.  This well pretty much dried up by the end of the year.

In retrospect I regret one thing: not spending more money and making way more when times were “good.”  These cycles are very common on the internet, in finance, anywhere.  There are small periods of time when you can absolutely pounce on something, but often times we don’t go quite as all-in as we should and we don’t earn out as much as we could have.

While I’m not complaining and did well, there are some other people who basically set themselves up for life during this 2014-2018 period.  They went all-in, and essentially cashed out in the high millions from all the profit.

Granted there were also tons of risks with this strategy that included cash flow and payments, this all but reinforces that amount of fortitude you had to have during this time to maximize your profit.  It was those with the most “guts” and willingness to lose it all that had the biggest gains.  I personally fell somewhere in the middle.

This applies to everything

Think about your physical health as well.  When we’re trying to get in shape we try tons of different things in our lives.  Each of us has a different body and unique set of circumstances that will either work or not work with the right combination of exercise and diet.

When you do in fact find that right combination, you shouldn’t just sit on it.  You should jump on it as hard as you possibly can to get the gains (or losses) in as fast a time as possible until that time runs out.  And believe me, that time WILL run out because your body will adjust and you’ll have to start over.

But why not get those gains when you can?  Why not put in the absolute maximum effort while you can?  Because doing so can set you up for a very long time to come if you play it out correctly.  For example, if you get to a body weight you desire you’ll never have to go through as hard a period as when you first did to lose that weight.  The rest of your life is maintenance mode if you do the right things.  If you make a giant risk financially and it pans out, you’ll never have to worry about money as much as long as you manage it correctly after that huge, initial risk.

In the same token, going all-in on something does something inevitable and scary.  It increases risk ten fold.  That is to say the more you can gain on something, the more you can potentially lose as well.   If you’re putting all your eggs into one stock, that stock can change the rest of your life in either a very positive way or potentially a very negative way depending on how much you have put into it.

And this all begs the question of…..

How do you decide when to go all-in?

If I knew the answer to this question I would likely be sitting on an island somewhere not worrying about it.  But seriously, there are some queues you can take and there are some signs you can pay attention to that will help you with this crucial decision.

The most successful people in the world (for the most part) took a tremendous risk at some point in their lives.  That risk was often times a “make or break” situation.  But the reward was ridiculously high.  It’s those that took that risk that made it.  It’s the ones who sat on the sidelines that didn’t.

Making these decisions is not easy by any means and only you can make them, but the purpose of this article was to let you know that going on all-in at various points in your life should be a serious consideration.