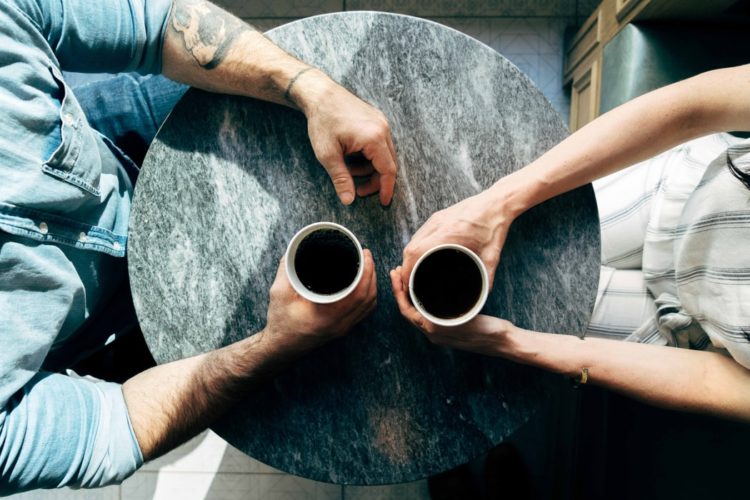 This is a true story about something that happened to me recently.  A cousin of mine who I hadn’t really seen or spoken to (other than the occasional nod on social media) for the last 15 years reached out to me on Facebook.  We began chatting and he asked me if we could see each other.  He made it clear that given the COVID crisis, it had made him think about things in life that were important to him and that reconnecting with me was one of those things.

I was touched by his comment and absolutely wanted to see him again.  I’m 12 years his senior and back when we were younger there was definitely a pseudo big-brother vibe.  Even the last time I saw him when he was just a teenager, I kind of felt like a mentor to the kid.  I myself never had a little brother so every time I saw him it was somewhat of an added bonus that I could instill some of my own values to a relative.  Now I’m a father of 2 boys so that role is covered but even so, I was excited to see what my cousin had been up to in the last decade plus.

Originally I had thought about inviting he and his new wife to my house to meet my family but after thinking about it, realized that might be too much pressure on both of us.  Instead I suggested we just meet at a park outside and catch up for a little while.

While it’s not important to get into the details of our conversation, what’s important is that I don’t think our meeting could have gone any better.  We never mentioned family once and each of us had some great stories to tell.  I mean, I would hope there would be some interesting stuff shared given how much time there had been between us seeing each other.

But it was great.  We never lost a step in the conversation.  I realized that we had a ton in common both interest wise and philosophically.  And quite frankly I haven’t been in touch with too many extended family members in quite some time (for reasons I won’t get into).

So the family element really meant something to me, and I’m sure to him as well.  As I’ve gotten older and older and met more and more people I’ve realized that a very small group of people in your life truly matter and picking those people is challenging.  But once you have one chosen or added, it provides great value to you and them.

Where we go from here

And that’s all I can hope for.

That being said, if you are considering reconnecting with someone from your past, here’s some practical advice for doing so:

If you decide yes, do it on your terms

I happen to believe that if you’re at least thinking about reconnecting, then you probably should.  The fact is that it’s on your mind and just that curiosity alone should precipitate action.  That being said, if you do reconnect then do it on your terms and in the least pressurized way possible.  Notice what I did.  I was originally going to have my cousin come to my house with his wife.  Instead I downshifted to a neutral meeting outside, reducing any chance of potential discomfort between us.

And if this is you trying to decide, you could even scale back further. Perhaps a couple of phone calls first before a meeting.  Take it slow.  Again, do it on your terms so that you know you have the least chance of feeling weird about the whole thing.

Nothing bad will come of it

If you’re debating whether you should or shouldn’t know this: if you approach this in the right way there’s absolutely nothing bad that will come of this.  If it goes well you could have someone new in your life that adds a new dimension you didn’t have before.  If it does go badly, no harm done and you shouldn’t at all be afraid to talk away.  After all, you went that long without seeing them in the first place.  Going back to that won’t be hard.

Are there exceptions?  Yes.  Sometimes we reconnect with people, let down our guard and it ends up being a nightmare.  Sometimes chance encounters can be scary things.  But there are exceptions everywhere in life and the odds of this happening should be extremely low.  Reconnect with those you’re thinking about reconnecting with.  You have nothing to lose.