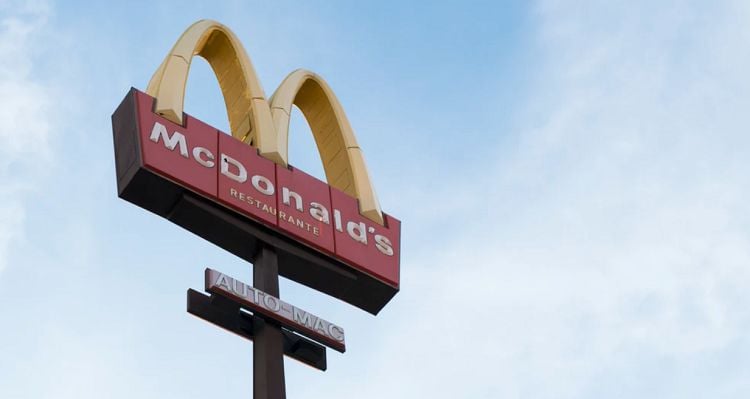 I think all of us can safely agree that McDonald’s is one of if not the most successful fast food franchises in history. While I can’t say I agree with the nutritional value in the food they serve, I can say that this company operates at a level that nearly no company ever has, and probably ever will.

Every single thing that McDonald’s does is deliberate right on down from the placement of chairs in their stores to the font they use in their menus.  Each teeny tiny detail in their operation serves a purpose. And it’s because of that attention to detail that they continue to churn out billions and billions of dollars in revenue each year.

So why am I mentioning this?  Because there are a ton of you out there who are strapped for ideas.  Many of you are thinking that if you don’t come up with something super original or “the next big thing” that you’ll never be a success.

Nothing can be further than the truth.

Why is there a Burger King?

One of my favorite things that I say to anyone when it comes to starting a business and executing on that business is “why is there a Burger King?”  If McDonald’s is so successful and dominant, why did someone bother to open up an operation that was practically identical to McDonald’s?  Why would someone even bother going to a store that was nearly the same in every facet?

Because it’s about execution.  Because the founders of Burger King saw how incredibly successful McDonald’s was and realized that if they implemented the exact same formula in their own way, they too could create a phenomenally success venture.  And they did.

Find your roadmap and innovate

Am I suggesting that you go out and try to start a McDonald’s?  No.  I’m not saying you should be striving to be the next Starbucks or Amazon either.  But I am saying that there are “cheat sheets” all around us.  The way that companies operate is no secret.  Most information on how to be successful at a particular business are out there, and usually free of charge.

Which means that if you’re one of the many people struggling to come up with something that will earn you a living, just remember that there are unlimited ideas out there for you.  You just need to follow them perfectly and make minor changes so that these ideas can be your own.

And by the way, I’m not discouraging you from coming up with that “original idea” that can be a game changer.  And I’m not saying that you shouldn’t pursue something you don’t like just because it can make you money.

I’m actually saying that you should stick things you like.   You should be doing something that excites you.   But just know that models for successful operations are right in front of you.  You just have to open your eyes, immerse yourself in them, execute, and then rinse and repeat if you want to achieve scale.

I’ll give you a perfect example.  Building a successful website.  Do you have any idea how many people I’ve told in my career what I do and exactly how I do it?  At least 1000.  And of those 1000 people how many of them do I know that actually followed up on my advice to have their own successful websites?  The answer is 1.  I’m dead serious.

One person took my advice to heart, followed each and every step of the process and within 3 years was making enough money where their website was earning enough so that they could quit their full-time job.

I laid out the exact roadmap as to what I do and how I do it, and this person took that roadmap, created a website of their own, with their own ideas, stuck to said roadmap, and eventually had their own success.

People like shortcuts but it doesn’t work that way

I’d rather not get into too many philosophical arguments here but I think the main reason people aren’t necessarily successful when they follow a course, try to emulate another company, or follow instructions is because they want a quick fix.  People want instant gratification when in reality the process is long.  That doesn’t mean the process is hard or unachievable.  It just means that most times it’s long.

Just remember that there is an abundance of successful models out there you can emulate, but you must stick to their path and follow them nearly identically to achieve the same level of success.