Home
Business
If You Can Transcend Being a Company, You’ve Made It
Prev Article Next Article 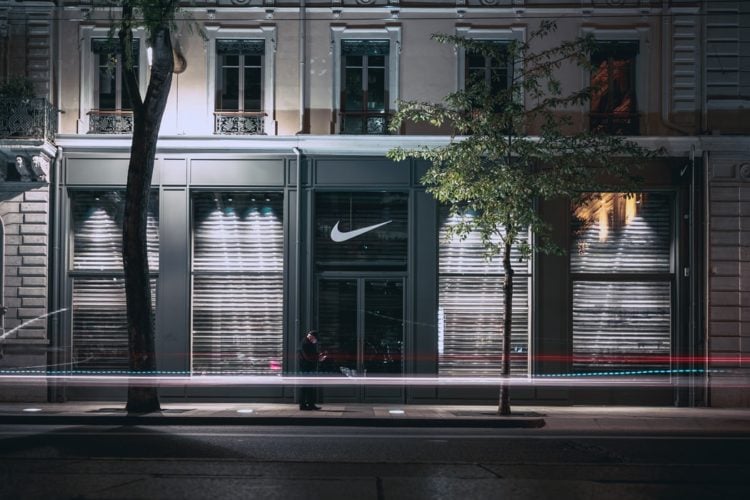 Very few companies have ever done it, and very few companies ever will.  However, once in a while a company comes along that over time, transcends actually being a company.  They become much more than a company.  They get to the point where when people think about their brand, they would never, ever first think that this brand is an actual operating business that stands to profit off of their products.  If a company ever reaches this status, it’s safe to say they’ve made it.  In fact, they’ve well beyond made it.  Case in point?  Nike.

Nike has reached the point of transcending company status into being a symbol.  Nike elicits emotion for its consumers.  Nike is a feeling, a reaction, a call to action, you name it.  But the last thing they ever want you to think of when thinking of them, is of them being a corporation.  And Nike’s done that.

Are Nike’s products superior to other apparel company’s products?

The answer to this is a flat out “no.”  The majority of Nike’s sneakers, shirts, shorts, pants, whatever, are made from the same materials as Adidas, Reebok, or Under Armour.  The quality of these products is virtually the same.  Sure there may be a one off sneaker that has supreme quality of others, but in general all of these companies make similar products with regard to quality and aesthetic.

So then why is Nike the biggest of the bunch?  It’s because Nike is a part of us.  Just like when you think of searching something on the internet and you say “I’ll Google it,” when you think of sneaker brands Nike is by far the first company that pops up.  In the case of Google, when your company name has become a verb, it’s also safe to assume you’ve made it.

Apple is another company that’s transcended being a company

I would argue that today Apple has slightly lost a bit of it’s “company transcendence” simply because the likes of Samsung have eeked their way into the smartphone marketplace.  However, back when the iPhone was first popular and Steve Jobs was running the show, Apple became “phones.”   When you thought of a smartphone you thought of nothing except Apple.  It’s almost as though there was nothing else.

Apple has transcended being a for profit corporation and instead became the platform by which everyone was connected.  The last thing you thought of when thinking of Apple was a giant campus filled with engineers trying to come up with the best product in the world.  You just thought of their “i” products.

How do you transcend being a company?

That’s the eternal question right?  How do you get to a point where you are so embedded into a person’s psyche that they don’t even think twice before purchasing your product?  Better yet they don’t even think of purchasing your product.  The purchase is practically an afterthought.  The primary thing that happens when you think of said company is a feeling or an emotion.  Is it possible to achieve this with your own company?

I hate to break it to you but it’s not likely.  At least not on the scale of a Nike or an Apple.  I brought up these examples because they are the most extreme.  What smaller businesses cannot do that companies like Nike and Apple do is advertise the way these companies do.  When you have billions of dollars to spend an the most creative minds in the world studying every consumer move to craft the perfect subliminal message, you’re at a slight advantage.  Some would argue that the marketing genius of Nike and Apple is a considerably huge reason for their success.  I would agree with this assessment.

But fear not people.  You can do this with your own companies.  In fact there are plenty of companies out there that elicit emotions and feelings instead of “company.”  It’s those businesses that are completely customer focused.  It’s those companies that are “so good” that their consumers don’t think twice about using their product or service.  Who do you think of when eating fast food?  McDonald’s.  Who do you think of when it comes to home improvement?  Likely Home Depot or Lowe’s. But that doesn’t mean you don’t have your favorite pizzeria either. It also doesn’t mean you don’t have your favorite handyman that you rely on time and time again.

No matter what business or vertical you are in, if you can get to the point where people don’t think of you as a business, you’re likely set up for success for years to come.  The trick is to keep that up for as long as possible.