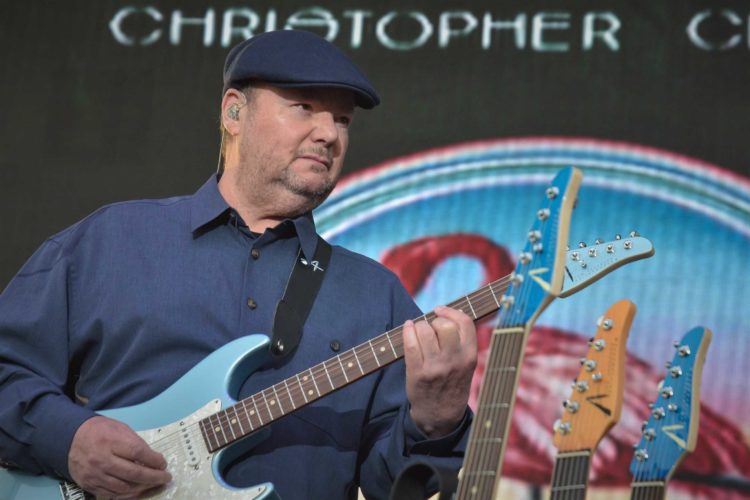 The other day I’m in my car listening to the “yacht rock” station on Sirius XM.  If I were to choose the absolute king of that station it would undoubtedly be Christopher Cross.   The song “Sailing” was on and I practically fell asleep at the wheel because of how soothing this guy’s voice is.

As you might be able to tell I’m a pretty big Christopher Cross fan.  He simply has a voice like no other and his music brings me back to a time in the 80s when Tom Hanks wasn’t winning Oscars but he was just as good as he is today.

But given this is a website that centers around motivational and personal growth topics, what in the hell am I talking about?  Glad you were thinking the same thing.  If this were 25 years ago I wouldn’t be caught dead admitting how much I like Christopher Cross’s music.

And to those of you who have been touting your favorite musicians from a very young age?  Good for you.  But I haven’t, and I’m willing to bet many of you faced the same issue with not only admitting musical tastes but admitting to liking an entire array of things.

It starts at a young age

When we’re kids, peer pressure, judgments, and the overall perception of yourself begins to take a turn as we start to care about what other people think.  I don’t know why this phenomenon begins and I don’t really care as much as I care about encouraging people to reverse this trend.

How many of you out there were made fun of because of an outfit you wore in high school?  But not only were you made fun of, it affected you so badly that you never wore that outfit again?

How many of you out there were caught listening to a certain piece of music and your friends totally busted on you for it.  But not only did they make fun of you, you didn’t play that music anymore?

It kept up for many of us

The unfortunate thing about this disturbing trend that begins for many of us as children, is that it continues right on in through to adulthood.  It applies to just about all of us and can be a huge impediment to ultimately who we are and more importantly who we want to be.

We’re told that driving a certain car will bring us a certain status.  We’re told that certain clothes will present a vibe that people are attracted to.  We’re told what’s “cool,” “hip,” or “trending” as if when we adhere to these “cool” things it’ll make not only our lives better, but us as people better.

The reality is that the more we listen to the outside on all of these things than our inner selves, the further we’re going to get from these ideal perceptions of ourselves.

You can turn it around

I’m not 100% sure when the shift happened to me, but I’m pretty sure it was shortly after I went off on my own and quit my job to become an entrepreneur.  Granted I think that I’ve always had a rebellious side, I’d be lying if I said I didn’t go with the societal flow very often in my life.

Now?  Now I couldn’t give two shits what anyone thinks about how I dress, what I look like, or what music I listen to.  In most of my videos I wear different shirts, not because of the benefit it gives to my audience, but because of how much I like these shirts.

And you can be damned sure that when “Stayin’ Alive” by the Bee Gees comes on, I’m putting it at full blast.  Don’t ever tell me to turn down the volume when “YMCA” is playing or I will kick you out of my car.

Why to never be afraid of who you are

There are always going to be people out there who not only like you and the things you like, but there will always be those that greatly respect your likes and dislikes.  For that reason, you should never be afraid to play that song, wear that outfit, or sport that fanny pack.

So get out there, “ride like the wind,” and be yourselves.