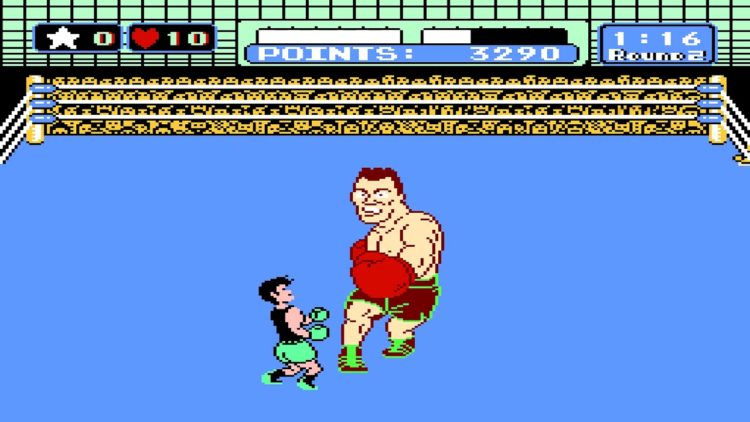 I was an obsessive video game player when I was a kid.  Even when I was just a toddler my family had an Atari gaming system and I remember being enamored with games like Keystone Kapers, Pitfall, Bowling, and a million others.  But it wasn’t until I got my first Nintendo Entertainment System that my love for video games took a giant leap.

The funny thing is that I wouldn’t even call myself a gamer, but I will say that I had this incredible drive when it came to beating every video game that I got.  Whether it was Rad Racer, Contra, Double Dragon, or Donkey Kong, the game didn’t matter.  I had to win, and I didn’t care how long it took me.

Perhaps that kind of drive and competitiveness is innate. Perhaps it’s something in my genes that I was born with.  Whatever the reason is, I can honestly say that drive was very important to have at a very young age.  It still resides in me and is responsible for a ton of success I’ve had.  Whether or not I’ve passed it down genetically to my own sons is irrelevant as it’s something I’m trying to develop in them.

Even now, at 41 years old, I’m a born again NES player because I bought one of those little NES systems for my sons.  Lately I’ve been playing the old school “Punch Out” with them. When I was a kid I owned “Mike Tyson’s Punchout” but for those of you out there who know the game, Punch Out is exactly the same only the last opponent is Mr. Dream instead of Mike Tyson (even though the two fighters are exactly the same outside of their appearance).

My older son has to win

Lately my older son (7 Year Old) has been playing this game relentlessly.  I think he’s playing mostly due to the fact that he watched me play and mow through each of the fighters like in my youth.  The only guy I’m having a hard time beating is Mr. Dream himself.  I promise my son I wouldn’t stop until I beat Mr. Dream (and I won’t).

But the super fun part of it all is that I get to teach my son the strategies to beat each fighter.  It’s like reliving my youth and passing on my skills to the next generation.  And whether it’s innate or not, my son is crazy competitive about Punch Out.

Initially when he started playing he would cry if he couldn’t beat a certain guy.  I would tell him to calm down, not give up, and learn each guy’s strategy to win.  I’d always tell him, “we don’t give up in this family, we don’t stop until we win, until we beat this guy, until we figure it all out and then when we beat this guy, we’re going to beat him perfectly and never get hit.”

It’s developed to the point where my son will now say something along the lines of, “eh in two weeks I’ll beat this guy,” if he’s having trouble with a fighter. He knows his skills are developing.  He knows that it’s in him to not stop until he can make it to the next fighter.

I know that part of this is because I watch him play and I make sure he doesn’t stop.  And part of it is because my son wants to be as good as his old man.

What’s the moral of the story here?

In my particular case I’ve found a catalyst to teach my son persistence, work ethic, patience, competitiveness, and even the ability to be humble and appreciate the skill level of an opponent.  I did this all from one video game called “Punch Out.”  And it’s a skill that he’s going to take into each video game he plays.

And when it comes to things outside of video games?  Now I have a reference for him if he tries to give up.  I can always say, “remember Punch Out” if he’s having a difficult time and deciding to quit something.

You see, it doesn’t matter what it is, video games, sports, homework, it doesn’t matter. If you can develop an attitude of not stopping until the task is completed, that’s going to get you really really far in life.

And believe me, this doesn’t just apply to parenting.  This applies to leadership as a whole.  Whatever catalyst you can find for the people you are trying to lead, once that catalyst is established, you can use that to motivate and train in any area you are trying to lead.  It comes down to the individual but it can be done, and it can be done well.

And for all you parents out there who can develop this in your kids starting at an early age?  If you can accomplish this, they are going to turn out just fine.