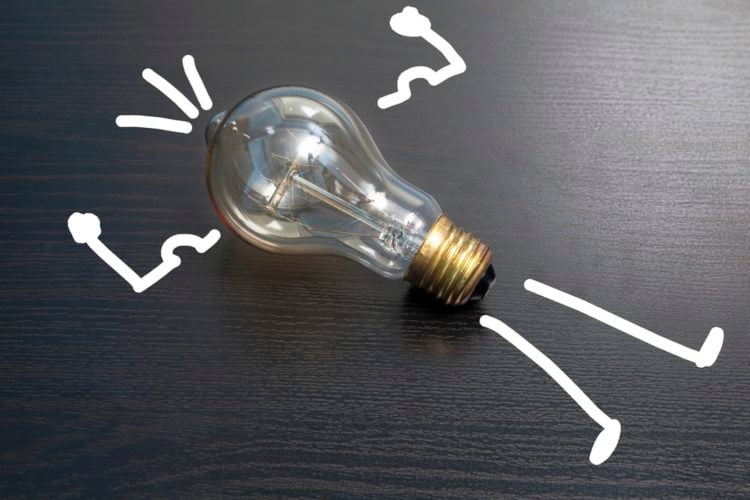 Coming up with great ideas isn’t something you can just do.  It takes practice.  It takes research.  And it takes consistency.   Just like working out takes time to achieve a certain goal, so does the act of idea generation.  It’s like a muscle.  The more you use it and the better you use it, the stronger it gets.  But if you stop, it atrophies.  Here’s an amazing transcript from James Altucher’s blog Altucher Confidential that explains idea generation.

A) Every day, read/skim, chapters from books on at least four different topics. For myself this morning I read from a biography of Mick Jagger, I read a chapter from “Regenesis”, a book on advances in genetic engineering, a topic I know nothing about. I read a chapter in “Tiny Beautiful Things” by Cheryl Strayed. Her recent book, “Wild” is an Oprah pick and was also excellent.  I read a chapter from “Myths to Live By” by Joseph Campbell, and  I, to waste time, I played a game of chess online.

B) Write down ten ideas. About anything. It doesn’t matter if they are business ideas, book ideas, ideas for surprising your spouse in bed, ideas for what you should do if you are arrested for shoplifting, ideas for how to make a better tennis racquet, anything you want. The key is that it has to be ten or more.

You want your brain to sweat.

To hurt to come up with more and more ideas. One possibility right now is to list ten ideas that are “too big for me” and what the next steps might be. For instance, one idea might be “launch solar panels into outerspace to more efficiently generate solar power”. Another idea might be, “genetically engineer a microbe that sucks the salt out of water”. I have no idea if that’s even possible. Another idea might be, “within one year I am going to write a book and give away a million copies for free”.

The first step would be to write the book. Then maybe I can crowd fund on kickstarter to give the book away for free. OR, I can maybe print  up nano-sized copies of the book so that you can only read it with a microscope but it would only cost me a couple of sheets of paper to print up a million copies. And so on. With the solar panels, I can call up SpaceX and see how much it would cost to rent space. For the microbe that desalinates…I have no idea. Can you help me?

You don’t ever have to look at these ideas again. The purpose is not to come up with a good idea. The purpose is to have 1000s of ideas over time. To develop the idea muscle and turn it into a machine.

C) Be a transmitter. Two farmers live side by side and drink their water from wells they’ve each built on their property. One farmer’s well runs out of water and he needs rain to come quickly or he will die of thirst. The other farmer did the work and dug his well so an underground stream ran right into it. So his well was always filled with water and he never had to worry.

How do you create this underground stream?

By making sure the other parts of your life are in balance: you have no bad emotional situations/relationships happening or you are doing your best to stay disengaged from them. You are keeping physically health, no drinking, eating well, sleeping well. And spiritually (a word I hate because of 200 years of meaningless connotations that have been applied to it but I can’t think of a better word), you realize that you can’t control everything in your life, cultivating a sense of surrender to the present moment as opposed to time traveling to your regrets of the past and your fears of the future.

D) Activate another part of your brain. I write every day. So sometimes I am  drawing too much water from the well, from that underground stream. Just like I wrote you need to diversify all aspects of your life, you also need to diversify your brain. The other day Claudia and I took a watercolor class. I haven’t watercolored in my life. We got there and the next thing I knew it was three hours later. My brain didn’t even notice the time passing. What did I have to show for it? The worst excuse for a sunset, some mountains, some clouds, ever watercolored. But my brain felt good.

E) Collisions. I have another blog post coming on this topic. Stay tuned.

F) No pressure. This is similar to the “burnout” question that came up in my last post. Sometimes you plant seeds and not every seed works out and grows into a beautiful plant. In fact, very few do. If you pressure yourself that every seed will be the most amazingly beautiful plant in the world then you are going to set yourself up for burnout and disappointment. Sometimes I have to work on something and it’s enough to just jot down some ideas, or look at what I’ve done so far, and then set it down again. Get my subconscious working on it. (see below)

G) An exercise to get you get your subconscious working on an idea: I have a very strict routine every day. I wake up, read, write, exercise, eat, meetings (phone or live), then reverse the process: eat, write, read, sleep.

But sometimes when I need to rejuvenate a little bit I have to shake things up. Do something different.

Maybe take a walk at 5 in the morning instead of read. Maybe sleep in four hour shifts one day instead of eight hours straight. Maybe spend a day writing handwritten letters instead of going on the computer. Shaking things up makes the brain say, “what the hell just happened?” And while the conscious brain is confused the subconscious slips in and drops off what it’s been working on while your conscious brain has been too busy. Write down your routine. Make it as detailed a possible. What can you change today?

H) List your childhood passions. When I was six years old I was passionately interested in both comic books and Greek mythology. In high school and college I took five years of French and spent some time in France (even had an office there with my first business). Right now I can’t remember a single word of French except for maybe “oui”. But I remember vividly almost every comic and book I read about Greek myths from when I was six. From the very first comic (the “legion of superheroes” had to come back in time and stay with Clark’s parents in Smallville) to every comic afterwards.

We only ever remember the things we are passionate about. Ultimately, these become the fields where ideas bloom and are harvested. Everything else dries up inside and dies.

Try to think back and think of all the things you ever were passionate about from the age of five on. You’ll be surprised how many things there were. And how many ways these passions can now be cross-fertilized and mate with each other to provide your next set of passions and ideas.

I) Surf the Internet. I just saw an “infographic” (Infographics are quickly becoming the new blog posts) on how to be creative. It said “turn off the computer”. Sometimes this is true. Sometimes not. With the entire world of knowledge at our fingertips it sometimes is fun to get sucked down the rabbit hole like Alice and drift around in Wonderland. Some good places to start are braindroppings, thebrowser.com, and (not safe for work), extragoodshit.phlap.net. I might not get any ideas from what I see but seeds might be planted. I find that I get a similar feeling to when I go into the book store at a museum, pick out a bunch of books and sit down and skim through them. It tickles the brain and lights things up that may have been dormant.

J) Ugh, I can’t come up with the tenth idea on “how to exercise the idea muscle”. My brain is hurting too much. If you have more ideas for this, please put them in the comments.

Think you can pull this off?  Let’s just say this.  If you can’t generate any ideas after doing all of these suggested things, you’re shit out of luck.