Home
Lifestyle
How Good is Your Intentional Short-Term Memory?
Prev Article Next Article 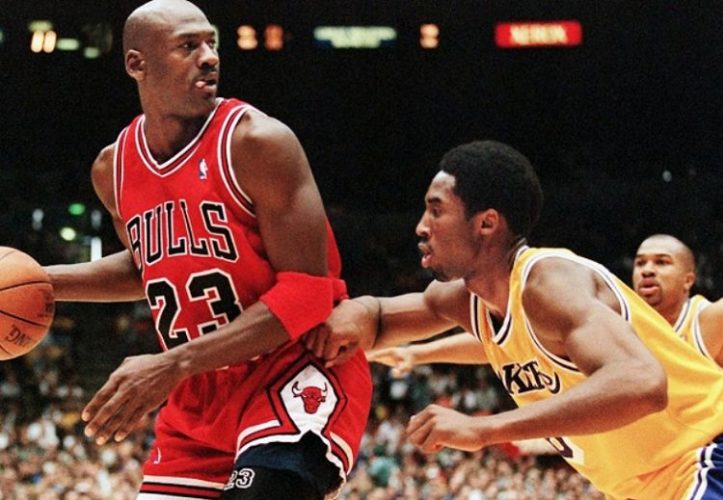 When Michael Jordan missed a shot, do you think that affected his decision making process to hoist up his next shot in any way?  Of course it didn’t.  When Tom Brady throws an interception, do you think that makes him fearful to throw another pass?  Obviously not.

In pro athletes, what I call “intentional short-term memory” is probably on display more than any other profession out there.  Firstly because it’s televised for the world to see so you cannot hide anything.  Secondly, athletes have to undergo multiple failures and multiple wins in shorter periods of time, so they need to process what to “forget” in quicker spurts.

But this phenomenon of “being able to forget” in both wins and losses is something I consider to be a huge if not critical component to being successful in all walks of life.

No matter how big a win or loss, they move on

And who do you think would be the first person in the gym after a championship loss?  Clearly Kobe is right up there with all of the biggest winners in the history of sports.  When it comes to the most successful athletes of all-time, we tend to always come back to particular athletes when we think of their relentless and unwavering ability to forget.  Guys like Michael Jordan and Tom Brady exemplify how level headed they can be whether they’re winning OR losing, and that’s what makes them so impressive.

Celebrating is OK but it should be short lived

In your own life, how good is your intentional short-term memory?  Do you celebrate your wins for too long?  Do you wallow in your sorrows after a loss for too long?  Most of us do and most of us will continue to do so and it will be the downfall of all of us.

But I also want to reiterate that it’s completely OK to celebrate.  In the same breath, it’s also completely OK to wallow.  In fact I encourage both.  When you celebrate you should remember that feeling to propel you to the next win.  And when you are sad, you should remember that feeling as something you’d want to avoid in the future for motivation to work even harder.

How to cultivate your intentional short-term memory

Is there a way to actually cultivate this amazing ability to “forget?” I have to admit it’s not an easy feat.  It’s extremely easy to get caught up in feelings of accomplishment and the doldrums of a failure.  But the sooner you can accept that each of these things is “the same” the better off you’ll be.

A win is simply a moment.  A loss is simply a moment.  In both situations you move on and will create additional moments.  Again, this is much easier said than done, but the best way to begin to develop your ability to equate the two is by taking the exact same action at the conclusion of either a win or loss.

Let’s say you close a sale and you’re completely elated about it.  You pat yourself on the back and you have a nice little moment for yourself.  When that moment is over, what’s the first thing you should do?  Try to make another sale.  No ifs, ands, or buts.   You should get right back on the phone, computer, whatever, and source your next sale.

In the same token, what should you do when you get handily rejected when trying to make a sale?  You can feel bad, yes, that’s OK.  But you should be getting right back on the phone, computer, whatever, and try to source your next sale.

The quicker you can create this “equal” routine the better off you will be.

The only way you will get good at this is through practice and repetition.  While some people have the innate ability to brush off wins and losses, most of us don’t.  So we have to rely on intentional actions.  But that’s completely fine.  You must make a point to try your best to react to wins and losses in the exact same way while also having some set of “rules” for how to proceed after said wins and losses.

In the sales example it’s getting back on the phone to make another sale whether you’re doing well or poorly.  In sports, it’s taking another shot whether you make the previous shot or miss it.  And in large victories or losses, it’s getting back to the drawing board to see how you can create the same win year after year (if you just won), or find a way to beat the opponent you just lost to the next year.