Home
Business
How Do You Stand Out in a Saturated Market?
Prev Article Next Article 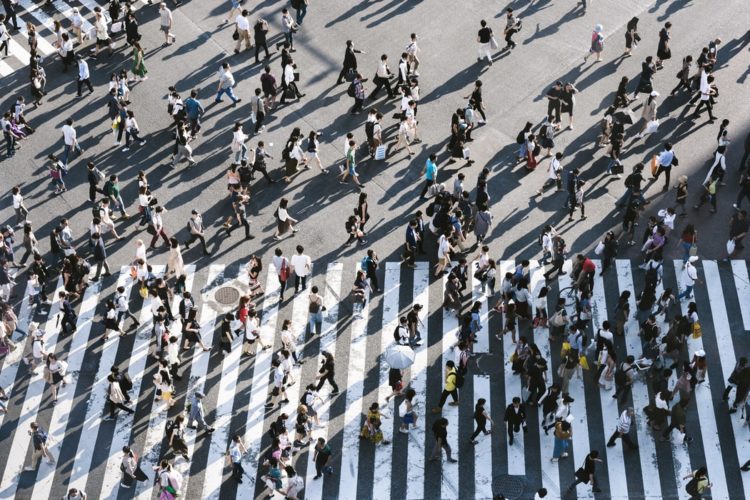 Now more than ever, it’s extremely difficult to stand out in a saturated market.  So how do we do it? This article is based on part of an interview I did  I figured I would share the entire segment in text.  It was between me and a Co-Founder of the Strange on Purpose Podcast, Eric Didier.  And yes, the video is available on Linkedin, Youtube, every place imaginable.  But here goes:

Eric: So you have a lot of experience in the online space. My question is and I’m curious to hear your answer because it is probably very different from a social media standpoint to an online website standpoint, how do you stand out in a saturated crowd?

Eric:  You’re not the only one that talks about making money on a website, so yeah……

Me: Out working other people. I’d be lying if I told you all my articles were better than everybody else’s, because they’re not. And I’d be lying if I told you I do things so much differently on my site than other people, because I don’t. But one thing I will say is that I follow very very simple rules. I don’t deviate from them and I do them for a very long time and online, especially when you’re dealing with search, which is organic traffic that you get from Google or any other search engine, that’s the name of the game:  Consistency, content, time, and effort. Yes, there’s building relationships. There’s trying to get mentions in other articles and outlets that will will speed up the process, and I’ve done that too, but it’s the consistency of doing that for a very very very long time that is the key difference maker.

But remember, I didn’t say a week.  I said six months to a year. That’s when all of a sudden I got linked to by Sports Illustrated, Maxim, and all these other sites and I learned that the hard way. I’ve also started over with that stuff with other websites where even though I have done this before, you still have to start over. If you have a new project or a new website, you need to do it all over again.  There are no shortcuts

But to answer your question specifically, the biggest factors in my business success are consistency and out working the competition.

Eric: I love the leveling part because especially in the photography space online, I’ve noticed all these young kids that just buy cameras are trying to reach out to all these amazing companies and they don’t even know how to take an in focus photo yet. I’ll get asked from one of my sponsors, “like hey, can you get me connector stuff” and it’s like can I, yeah, but is it really a symbiotic relationship? Probably not. And everybody wants to get from A to C but they don’t know that you got to go through B first and that’s the point that so many people miss.

Me: Yeah, and there’s one more thing I would actually add to that and I think this is really important specifically if you want to grow quicker. Even though I was going after the sites at my level and just like you mentioned, you know, talking to someone that you probably aren’t really ready to speak to yet, I still did push out to the larger outlets because while you always want to hit singles and doubles, there’s nothing wrong with swinging for the fences, especially when it doesn’t cost you anything.

I’m not saying that you should go to a huge outlet without any kind of information or not be armed with something because then yes, you could shoot yourself in the foot, but in my example I was really just saying “hey, can you take a look at this and maybe if you like it you link to it?” You can do that in all walks of life. If you’re selling something, why not go to the CEO and take a chance on a big client when you got nothing to lose?

So I think it’s that combination of staying in your lane, but don’t be afraid to shoot for the fences either. If nothing else the people you are trying to reach will see the progress and eventually might surprise you by reaching out to you.  Who doesn’t love an inbound email?

Eric: Exactly because just like it took so much time, eventually they’re forced to see you. That’s something I think is really important is that you want to get to the point where it’s like, they have no choice but to pay attention to you, but you got to take your licks.  You got to put in the time and you got to be consistent with it and there’s no there’s no replacing time and effort.  Doesn’t happen.

Me: No question about it.