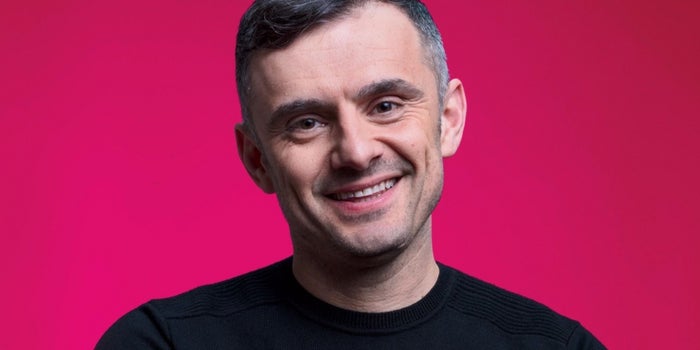 When I first saw Gary V. it was literally 2008.  At the time he wasn’t all that big but he was certainly known as “The Wine Guy.”  I had personally never heard of the guy and had no clue what he did.  But I was at this conference called “Blogs With Balls” which was in its first year (still going by the way) and held at some random bar in NYC.  In fact, I was at that conference because of this very website which at the time was more of a “guys” sports oriented blog (since that time all content has been deleted and now it’s my personal blog).  Gary was the keynote speaker at this event.  Truth be told, I both hated and loved this guy.  It’s almost hard to feel any other way about him.  He speaks the truth so hard that it actually pisses you off.  In one moment you want to say “this guy is a load of crap, I’m not listening to a word he says” but then if you settle down and think about his growth and revenue trajectory over the years, he kind of commands your respect.  At least, that’s what he did for me.

Amazingly, nearly 10 years later I literally ran into him in New York City (completely randomly on the street at night).  He didn’t know who I was (since I was only in the audience the first time I saw him as a keynote speaker) but I certainly knew who he was after keeping up with him.  Even more amazingly I sent him an email the next day saying we should meet.  A few days later (after no response) I sent kind of a homerun email to him which was 100% an attention getter (I also CCed three people who work for him).  Oddly enough it worked.  He responded saying that I should come in, and weeks later I was in his office talking for about an hour.   I never intended to solicit a job or anything like that since I was doing my own thing but perhaps there might be some opportunity there to work together in some capacity.  After the meeting I had these feelings:  Same guy.  Same thought process.  Same bravado.  It was hard to ignore the offices and all the people running around.  It was hard to argue his success.  In the end, the entire time I was in there I thought to myself “there’s no way I could work with this guy but I respect the hell out of him.”

Yeah, he’s this little dude that talks big.  Yeah, he’s annoying.  Yeah, he’s got a bravado that definitely rubs people the wrong way.  But in all my years doing this, Gary V. is one guy that’s stood behind every single word he’s ever said.  You simply cannot argue the fact that his following is massive and that he’s built a media empire (which by the way does well over $100 million a year in revenue now).  And I have no doubt that on a personal level he and I would probably get along extremely well.

And yes, I fully believe the guy will one day own the Jets.