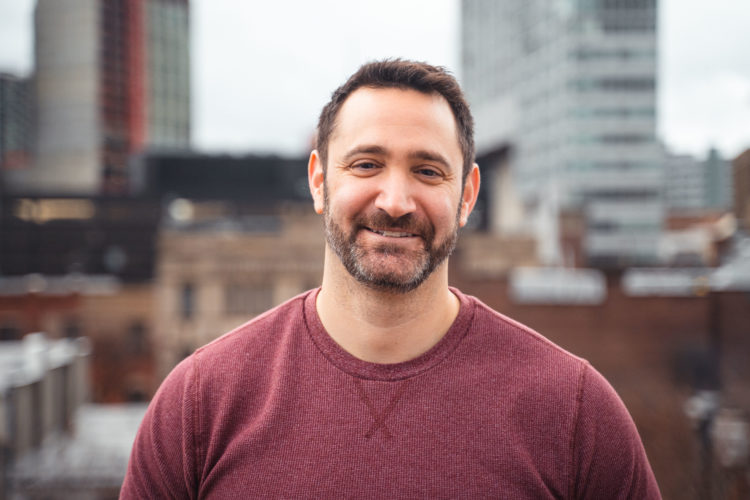 Alright let’s get the shameless plug out of the way first shall we?  After spending close to a year on Linkedin and building up a nice following on there, I decided to actually see if I could make money using the platform.  However, I also know that being someone who “owns websites” is a bit vague.  Sure I could get into the “how to blog” space in about five seconds, but that’s just not me.  P.S. that’s not me poo pooing the business either.  I just know myself and know that I love doing video so if I could show my mug to people, that’s what I’d prefer.

But if there’s one common element that ties my business together with nearly every single business in the universe, it’s my efficiency.  I run 9 websites by myself.  I’ve been doing this for 13 years out of a small office.  I make a very nice living.  And the kicker is that nowadays I can do this in 3-4 hours a day.  Yes, for real.  So much so that my colleagues have nicknamed me “The Machine” because I’ve cranked out over 100K articles during this time and these days I spit out 50 pieces of great content on a daily basis.  I do this because I’m incredibly productive with my time.

Anyway, there are a number of reasons why I decided that after 13 years it was time to finally get the brass to try to make a course I thought could actually benefit people and myself.  Here are five such reasons:

That’s right.  Boredom.  I’ve been in my current gig for 13 years and for those that know me, they know that my mind works at 1000 miles an hour.  There’s no chance I could have predicted I’d be in any job for 1 year let alone 13.  Prior to 2008 I literally held down over 10 jobs (in less than a 10 year span).  Much of the reason for that is because of my anxiety and tendency to get bored really fast.  So you can imagine that after 13 years doing something new was a breath of fresh air.

2. Tired of being alone

My job is extremely lonely.  It doesn’t have to be.  As someone who publishes a ton of content I could have gone the money raising route.  I could have formed an office and hired writers full-time.  I think I could have done all of that.  However, that’s a totally different animal and most online publishers with a big staff lose money.  It’s not something they tell you but it’s true.  The way I’ve lasted in this business is keeping my head down, my overhead low, and my mouth shut.  But believe it or not I do like people.  I do like to interact and frankly I really missed it.  So now I have a chance to teach and interact with actual students which is extremely exciting for me.

3. My true passion is on display

I love motivating people.  It’s that simple.  I’ve always disliked the phrase “motivational speaker” simply because it implies something kind of cheesy.   But at my core is a true insatiable desire to pump up the people I talk to.  I get no bigger thrill than to do just that.  So creating videos that will get people “alive” is very alluring to me.  I love publishing websites as well.  But doing that gives me zero exposure to personal interaction which I happen to enjoy (as long as its with the right people).

4. Possible gateway to other things

I’m a digital publisher by trade and the only way that leads to some of the things I want to do is if I were a humongous publisher.  6 million visits a month is a lot of you’re an independent guy like me but it’s peanuts with regards to speaking at conferences and events.   It’s also nothing if you want to consult with some of the larger companies out there.  Doing a course and focusing on the individual gets my name out there and who knows, maybe it’ll lead to some bigger things.  My true goal is to someday speak to an audience of 50,000.  I have no idea if it’ll happen but that’s my goal.

5. Part of my “retirement” plan

I put the word retirement in quotations because I never plan on retiring in the conventional sense.  To me retiring is living the life you truly want.  While I think I’m pretty much there, I’m not quite there.  Someday I’d like to hand off all of my digital publishing responsibilities to someone else and focus more on speaking, video, consulting, etc etc.  That’s what I’d like to be busy with in the future.  And that’s what I want to be doing until I see fit to do something else.  I’ll never sit on an island for 40 years living off of my money.  That’s simply not me.  Don’t get me wrong, I love taking breaks and relaxing.  I just never plan on stopping work entirely because it’s a big part of who I am and what stimulates me.

So buy my course will ya?

Honestly I couldn’t care less if you buy this thing or not but I figured it was high time someone created a course on productivity.  I haven’t seen too many out there that “wowed” me.  This one’s in video format and it’s just good ol’ raw me.  Hope you like it.  And once again, here’s the link to the course – The 30 Day Uncoached Productivity Challenge.