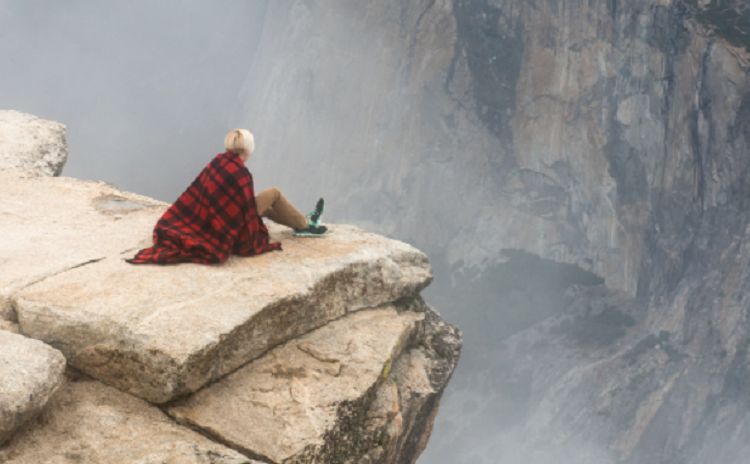 I decided to do a five part series on not only what it felt like, but some of the lessons I learned from leaving the rat race.

There are many of you reading this who are still in the rat race.

Many of you are trying to figure out either how to leave it, or make it work much better for you.

From personal experience, while I made each “rat race” job better than the one I left, ultimately a full escape was what I needed to be completely unfettered to be the person I wanted to be.

So rather than try to convince you to stay at your job or get a new one within the corporate confines of the world, I’ll focus on my own experience to help give you a clearer picture of what it’s actually like to leave the rat race.

The first feeling was fear

As much excitement as I had leaving my job and going off on my own, I wouldn’t be telling you the truth if I didn’t disclose that I was scared shitless.

I had about 6 months of savings at the time.

So “taking the leap” is a bit of an understatement.

When I first left my job I made $2,000 in my first month on my own.  Not exactly big money when you’re living in New York City and rent is over 3 grand.

At the same time I calculated this risk and the rate at which my sites were growing so it wasn’t like I just completely left everything to chance.

Still though, the thoughts of having to get another job, having an empty bank account and even extreme thoughts of living on the street existed in my mind.

But after the first few days that initial “irrational” crazy fear subsided.

Then it was a good fear

After the initial “holy shit I’m going to be penniless” disappeared, the fear became a weapon.

Not only was I excited by my fear, my fear kept me sharp.

It kept me on my toes.

It kept me working my ass off.

By no means am I saying you should quit your job and force this fear on yourself, but it’s hard to replicate this kind of fear without truly taking a risk.

It’s not a risk that’s for everyone and only you can make that decision for yourself.

Think long and hard about it.

Fear has never left me

One of the cool things about this fear is that even though I’m in a better place now that I’ve ever been (financially and mentally), the fear is still there.

Nothing can replicate the feeling of relying on yourself to fulfill your dreams.

However, if I had to do it all again, it probably would have been nice to talk to someone to guide me through it all.

Be back tomorrow with my second feeling after leaving the rat race:  “Sense of Empowerment”