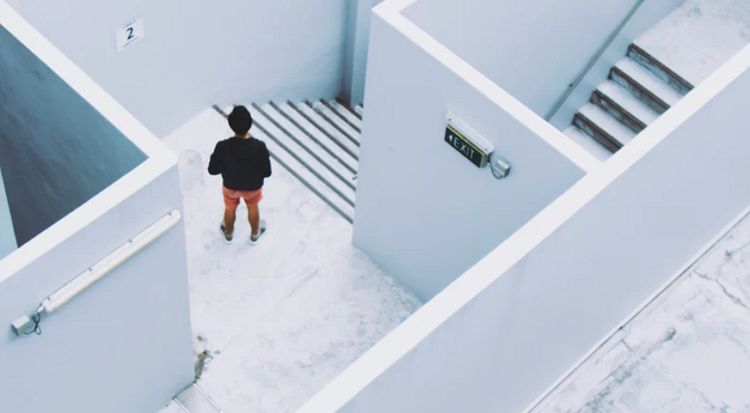 By reading the title of this article you must think that I’m skeptical as all hell when it comes to people.  The truth of the matter is that I am.  And why shouldn’t I be?  That doesn’t mean I don’t believe in the goodness of people.  That doesn’t mean that I won’t give people a chance.  And it certainly doesn’t mean that I’m not optimistic.  In fact I think it’s important to be on the side of people in most instances.  At least it’s important in the beginning.  But that’s not to say that you shouldn’t look at the numbers.  That’s not to say you should be naive.  Being optimistic but at the same time realistic is smart, appropriate, and it’s usually the route I go in.

Why aren’t most people qualified to help you?

Because it’s a numbers game and numbers don’t lie.  How many sales pitches do you get a day by email, phone, text, and whatever other mediums there are? How many people are clamoring to get your attention on a daily basis through the internet, television, social media?  How many people are promising you that they can help you grow your business, have more money in retirement, and lead the life of your dreams? It’s in the millions folks.  And when you look back on all these sales pitches, how many did you actually go with?  How many of these programs or services actually helped you with a problem you needed solving?  The answer is inevitably very little.

The reality in life is that most people can’t help you in the way that you need help.  And that’s OK as long as you recognize it.  Most people in life won’t be your friends.  Most people in your life won’t last as long as they’d like.  Most people in life are probably going to fail you.  Like I said, it’s a numbers game.  It’s a fact.  But also recognize it’s nothing to be afraid of or upset with.  As I noted above I’m skeptical, but that doesn’t mean I’m not optimistic.  It doesn’t mean I don’t think things are going to be OK.  In fact it’s the opposite.

Knowing the odds leads to optimism

If I know that in my life out of every 100-150 sales pitches I get that I’ll maybe go with one, that’s a good thing.  It makes it easier for me to say no and it also helps me keep score.  It’s kind of like knowing that in a game of No Limit Texas Hold ‘Em you’re really only going to be dealt 1-2 good hands an hour and that the rest will be garbage.  If you know that going in and you have the discipline to wait it out, eventually the odds kick in.  If I know that out of every 100 people I meet that it’s only like I’d be friends with one, that’s not necessarily a bad thing.  It means that once I get to that one person, I might have a meaningful relationship that will last me the rest of my life.  And those 99 people who I first met that kind of sucked?  That’s small potatoes in comparison to the potentially beneficial friendship I could have.

Sure it can be frustrating but the benefits outweigh the waiting

I’m not saying that it doesn’t suck to receive 150 sales pitches that are likely a waste of your time.  I’m not saying that meeting 99 people who complete annoy you and make you want to walk out the door doesn’t suck.  But put it this way: if you don’t listen to all of those sales pitches and don’t meet those 99 people that suck first, you’ll never get to the prize.  You’ll never find the fulfilling people and products you’re seeking.

It’s kind of like scaling a mountain.  To get to the top you’ve got to conquer all the small hills first.  It’s no different in life.  To find truly great friends you’ve got to get over the shitty ones first.  You’ve got to meet all the little hills before one day reaching the top of the mountain and achieving a circle of friends you never thought possible.

Failure is a part of life, embrace it

Remember that most businesses don’t make it.  Remember that the majority of the most successful people in the world have failed more than anyone.  It’s because they know the odds.  They embrace the suck.  They embrace the failure.  They know that all the suckiness and the failure out there gets them one step closer to the success they’ve been seeking.  It’s something you need to do as well.