Home
Business
Don’t Focus on Time Spent and Just Being There: It’s All About Results
Prev Article Next Article 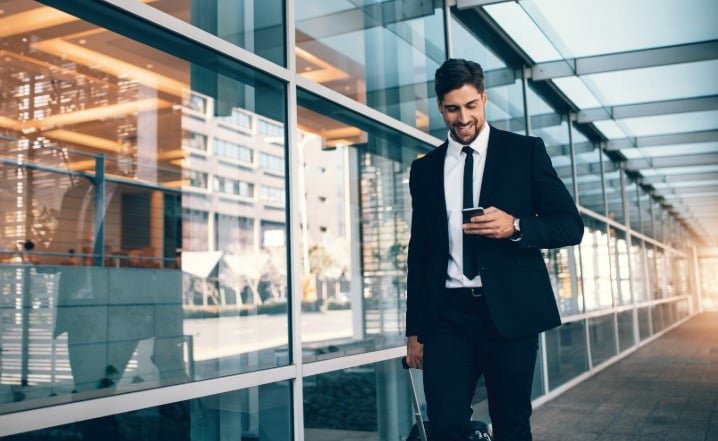 I used to be a recruiter in the financial services industry.  My main area of work was in investment banking as well as sales and trading.  I would recruit associate level executives up through Managing Directors and Partners at some of the larger banks like Goldman Sachs and UBS.   During my time doing this I learned a great deal about what these people did on a daily basis, the lifestyles they lead, and the kind of money they made.  It helped me figure out some of my own goals and desires in life.  In particular, there were some things I realized I’d never, ever want to do.  Investment banking, in particular, was eye opening.

100 Hours a Week is Never a Good Thing

One of the first things I learned about the investment banking industry was the ridiculous amount of hours put in by their analysts.   It’s common knowledge in investment banking circles that if you want to get with the big boys i.e. work at one of the larger investment banks, you gotta put in your time as an analyst (unless you get your MBA and get a job as a first year associate but the hours still suck there too).    Many folks, including myself, liken an analyst’s first two years at an investment bank to that of a pledge in a fraternity or even more extreme, time spent training in the military.  You’re essentially hazed having to do things like fetch coffee, get dry cleaning, be at the office whenever someone asks you to which can include times like 3am on a Saturday.

Don’t get me wrong, investment banking analysts do work as well, but it’s tedious.  The biggest word you’ll hear from analysts is “spreadsheet.”  These guys and girls are just pouring over data 24/7 generating reports, numbers, doing all the most annoying data entry worthless crap you’d expect the little runts to do.  But at what price?  Some figures have shown that analysts, when all hours are tallied up, are barely making minimum wage.  Sure they can pull in $85K in their first year but that comes while working 85 hours a week and upwards of 100 hours during busier times.  So why do I bring this up?

What are the RESULTS here?  That’s what I’d like to know.  What’s the benefit of having someone sit in the office for the sake of sitting in the office?  Just because you had to do the same thing when you were an analyst?  How much more profit is gained in a year because of the hours put in by analysts?  How much better of an investment banker do these employees become because they were there 100 hours a week?  Until an investment bank provides any tangible evidence of these “benefits,” then I don’t really see much difference between someone working 40 hours a week as an analyst and someone working 80 hours.   Again, look at the numbers.  The only tangible thing I’ve seen from people that work this many hours is bad health, poor social lives and in some cases, suicide.  Extreme, yes, but it can and does in fact happen.

There’s zero proof out there that “face time” does anything but appease the higher ups and give a false sense of comradery because “we went through it too.”  That may work in the Marines where lives are on the line but in business?  It’s time to put that crap to bed.

It’s All About Results Boys

What would you rather have in your business:  Someone come in and charge you $10,000 for an hour of work that nets you $100K extra in income or someone who charges $50,000 for 500 hours of work that nets you an extra $100K?  When you look at it in that simple sentence it’s a no brainer right?  Of course you want the first, but in the real world people are duped into thinking that time spent has some kind of innate value.  People want to feel like they’re getting what they pay for.   Here’s a quick lesson.  RESULTS are the only thing you should be focusing on in terms of getting what you pay for.  Anything else is simply additive to the process.  Don’t get me wrong, it’s great to build relationships and it’s nice to see when someone is working hard, but I’ll take results any day of the week over effort or time spent.

And the next time you think about going crazy when a consultant asks you for $1,000 an hour ask yourself this question: What kind of results can they get me and how long did it actually take them to get the experience to where $1,000 spent in one hour is actually worth it?  That doesn’t mean you should go out looking to spend tons of money on people who spend little time working for you, but it does mean that if the results are there, why in the hell would time spent make any difference whatsoever?

“This idea that unless you are suffering, grinding, working every hour of every day, you’re not working hard enough … this is one of the most toxic, dangerous things in tech right now,” Ohanian said, according to Say’s report. “It’s such bulls**t, such utter bulls**t. It has deleterious effects not just on your business but on your wellbeing.”

I couldn’t possibly agree more.  In other words, stop doing work for the sake of work and being able to brag about the fact that you did work.  If your work isn’t producing results then you are completely wasting your time and likely everyone else’s.

NO EXCUSES, GET IT DONE.