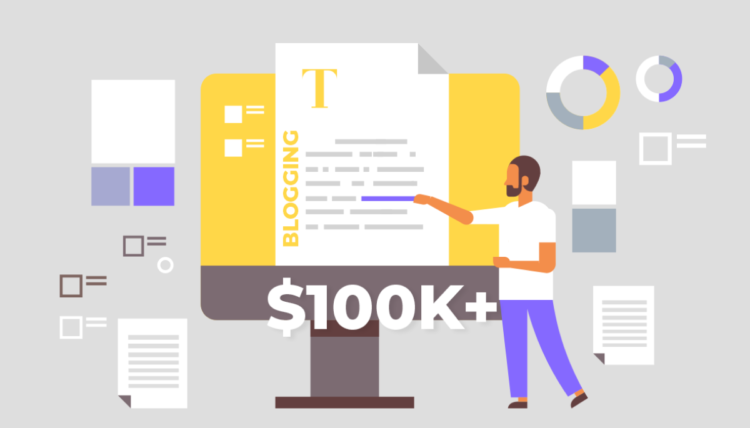 I made over $100,000 last month!  Don’t believe me?  Just check out these screenshots of my earnings.  And guess what?  You can too!  If you just follow my system that’s been tried and true, before you know it you’ll be raking in the money in no time.  You’ll work better hours than you’ve ever worked.  You’ll have a passive income stream that will pay you every single minute of every single day whether you are working or not.  You will be living the life of your dreams!  All you have to do is sign up for my course and your road to financial freedom starts today!

No it doesn’t and shut the fuck up.

As soon as someone says what they made in a month that’s when I automatically pause and you should too.  Given the amount of courses and programs online these days, just by simple math and probability you have to recognize that the majority of these programs are garbage.  Why?  Because there’s a reason that there’s a 1%.  And I’m not talking inequality, racism, wealth and gender gaps.  I’m talking pure statistics here.  If only 1% of the population is “rich” by income standards it means that 99% aren’t rich.  Let’s get even more realistic.  87.5% of the population is making $100,000 or less per year.  Yes.  So that means that 8.75/10 people aren’t making 100K per year.

You may have read that sentence and thought to yourself, “is this guy kidding?”  No, I’m not.  Making $100,000 a month is actually quite easy if you are spending enough money.  And that’s what all of these course and program pushers aren’t telling you.  The majority, and I mean 8.75/10 using factual statistics (it’s more likely 9.9/10 online) are making less than $100,000 per year let alone per month. So how in the hell can they legally say they are making 100K a month?

What are net earnings?

Net earnings are a company’s profit.  It’s what a company makes after all of the money they’ve spent is subtracted from the money they’ve made.  Most companies actually have negative net earnings let alone six figure net earnings.  For all you know the person bragging about making 100K in a month could have very well spent 99K to make that 100K thus truly only earning $1,000.  Oh and by the way they still have to live.  So you’re talking a house or apartment, food, electricity, clothes, phone, insurance, and whatever the hell else they are dealing with.  It’s likely these people are not only flat broke but they are also in serious debt.

Don’t fall for their or anyone else’s bullshit

If you’re not asking the right questions about something you are buying or committing to then you deserve to get scammed.  I’m dead serious.  Given all the crap that’s out there realize the most important thing: most of it is crap.   If you recognize that nearly 90% of things being sold to you are garbage then you might be prone to ask the better questions.

One of the very first questions you should be asking when someone is reporting their earnings is: Is that net earnings or is that net profit?

If they don’t answer you flat out, then run away and never go back.  If someone can’t be open about how they make their profits then why in the hell would you trust them with your hard earned money?  The answer is you shouldn’t.

Are there more things to look for with a bullshit course or program?  Of course.  But this one is easily one of the biggest red flags and something all of us should catch immediately.