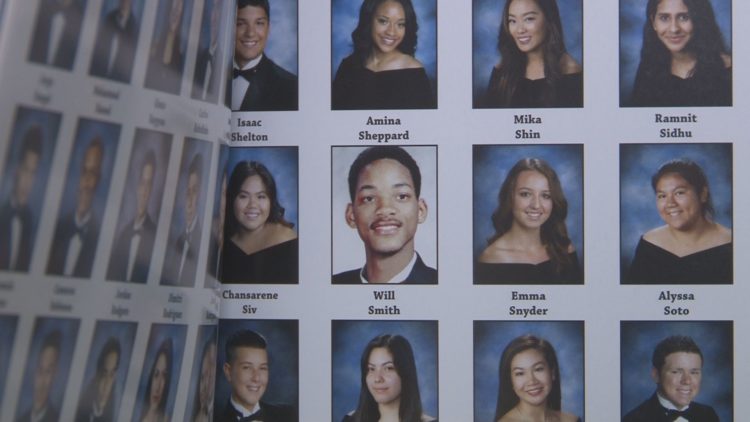 I wonder how many seniors in high school put a lot of time into the quotes they choose for the yearbook.   I would imagine that it’s a mix of some people caring, some people trying to be funny, and others just pay it no mind whatsoever.

Back in my day music was the big thing when it came to quotes.  All my buddies were quoting the likes of Led Zeppelin, Allman Brothers, The Rolling Stones, The Beatles, and a whole host of other bands from various eras.

I think one of my big things back in high school was not always trying to run with the crowd and as such the band I chose, while a great band, wasn’t exactly as popular with high school kids trying to be cool by reliving the classic rock era of the 70s.  I chose the band Yes.

While Yes was an amazing band in its own right, other than Roundabout and Owner of a Lonely Heart, only diehard Yes fans will know their music well.

When I look back on choosing, in all fairness I didn’t do a ton of research.  I’m pretty sure I just looked at the CD Jacket, whipped out the lyrics of their greatest hits album, and chose a passage that seemed pretty cool to me.

What’s interesting however, is how much that quote has actually been a part of my life.  While I don’t think I’m quite the “live in the moment” adventurist, spontaneous person the quote likely exudes, as I look back on the choices I’ve made and continue to make, I realize that this quote has definitely guided some of my decisions.

The time is now but don’t forget to plan either

There are some people that choose to live their lives by the seats of their pants.  There are the true adventure seekers that say “today could be my last day” and as such they truly live on the edge.  To an extent I envy these folks but at the same time, it’s too dangerous a lifestyle for me.

On the other hand there’s the super planners.  These are the folks that rarely, if ever, live a life for today.  Their entire lives are lived planning for a future that technically they have no idea what will look like.   Usually by the time they even think about “now” their whole lives will have been used up.

For me?  I try to live my live in between.  I understand life is short and I try to make decisions that will help me focus on the present moment.  At the same time I also realize that life is really long.  And as such many of the things I do in the present are done with a recognition of their potential effects on the future.

The how is what matters

Our time is precious but the how is what’s important.  How we use that time is what we’ll remember and what we’ll be remembered for.  Wasting it falls on ourselves and ourselves only.

It’s not the easiest magic trick to constantly be living a life where time isn’t wasted.  Rather it’s a constant work in progress.  But if you acknowledge this, at least it will be top of mind.  And if it’s top of mind, you’ll have a much better chance at attacking life rather than letting it float by.

If you want to use your time better you can always check out my productivity course!