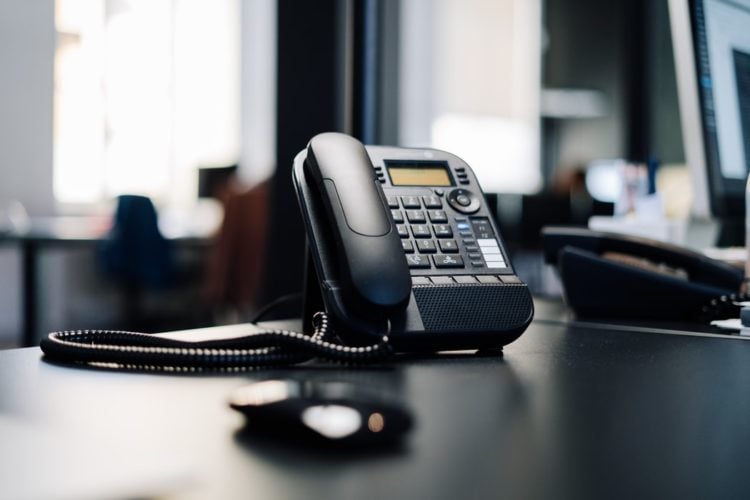 Anyone who tells you they enjoy cold calling is either lying to you or has a serious chemical imbalance.  Honestly, I really don’t think there are any other options here.  Cold calling is the worst, period.  In fact any kind of “cold” prospecting whether it’s by phone or email feels horrible.  And the reason is simple: rejection.  No one likes being rejected repeatedly day after day, hour after hour, sometimes minute after minute.  It’s debilitating, not to mention depressing.

On the other hand, for the select few that have managed to cold call long enough to where the majority of their calls aren’t cold anymore, they can see incredible success in their lines of work.  That is to say, these are the people who have “broken through” (as I like to call it) to the other side.  Allow me to share an example in my own life:

My very first job out of college was working as an account executive for a telecommunications company in Manhattan.  Our job was very simple.  It was to prospect small to medium sized businesses throughout our region and try to convince them to switch from their current telecommunications provider to ours.   In order to accomplish this feat we were tasked with getting on the phone, getting through to these decision makers, making our pitch, setting appointments, and trying to close deals.  Obviously this was much easier said than done.

In fact, this line of work was incredibly competitive since at the time there were a gazillion smaller telecom companies trying to get some market share out of the larger guys.  Needless to say my attempts at getting the attention of these decision makers did not go well.  In fact they went horribly.

So horribly that one time I had someone on the phone tell me to go fuck myself, jump off a roof, and never call him again (I actually called him back and told him it was the guy who jumped off the roof, it didn’t go well).

It was a brutal job and getting that amount of rejection for literally 8-10 hours a day affected me.  I didn’t last in that job very long.  Within less than two months I upped and quit because I couldn’t take it anymore.

But that’s not what I remember most about that job.  What I remember most was one of the guys who sat about 30 feet away from me.  While I was stuck in the bullpen with about 10 other guys who were on the phones, this one guy had his own desk and never, ever seemed to be annoyed.

In fact, it never even looked like he was cold calling.  He always looked engaged in some kind of interesting conversation and it seemed he was just talking to his friends all the time.  This guy happened to be the top salesman in the company.

I remember asking him on more than one occasion how he got to where he was.  He very simply told me, “I just kept banging the phones until I didn’t have to anymore.”  The guy made so many initial cold calls that eventually he built up enough relationships to the point where he had a big enough book of business where all of his calls were referral based.  He no longer had to cold call and his job went from debilitating to one that was way more enjoyable and certainly tolerable, not to mention lucrative.

The point here is that he “broke through.”  He went from complete rejection to a thriving sales business where people were literally coming to him instead of the reverse.  While I never went back to that job, for the next five years I was in jobs that required cold calling.  My biggest regret in all of these jobs?  Never breaking through.

What is breaking through?

I use cold calling as a reference in this story because nearly everyone agrees that cold calling is one of the shittiest functions in nearly any job.  And if you can get through a year or two of cold calling to eventually have a thriving business, you can literally do just about anything.

But let’s get to what I define as “breaking through.”  In any job where your goal is to build something, you’re going to have to go through some kind of challenging period where you see zero success.  Whether it’s cold calling day after day for a year, writing an article each day for a year before you get any visits to your website, or trying to get customers to walk into your restaurant, this challenging period is generally the toughest time of any business.

Most people don’t make it through this time.  It’s why most businesses fail.  But as I said before, those that do?  They generally become very successful.  These are the ones who “broke through.”  Breaking through means getting to the point where the efforts go from getting zero results to starting to see results, to eventually seeing success and the job getting easier and easier.   It’s almost as if business comes to you rather you trying to seek out business.

In the case of cold calling you reach a point where you’ve made so many calls that by simple math, the odds eventually kick into your favor and the amount of outbound cold calls you were making eventually transition into inbound referral calls.

While I quit my jobs that I didn’t like because I was stubborn and hard headed, my one regret in all of my jobs was that I never “broke through.”  It wasn’t until I started my website and worked on it for 6 months relentlessly that I broke through and began to see a large audience visit my properties.

By no means am I sitting here saying you should stick with a job that you hate.  However, if you don’t have any other opportunities, what’s your alternative?  You can either be miserable and suffer the inertia of not trying for fear of rejection, or you can push through and eventually break through to the other side where you see some success.

Even if you’re in a job that you hate, seeing success will feel better than not seeing success.  And your success will give you more credibility in landing your next position, or give you the confidence to go off on your own to start your own business, because you will know you have what it takes to “break through.”  Not to mention you’ll have developed an incredible skill that you can use for the rest of your life.

So, how do you break through?

This is something I can literally write a book on.  But breaking through requires an incredible amount of discipline, will power, habit formation, and motivation that most people don’t have.  Luckily you’re on a website that covers all of these topics in depth so browse around and you’ll see that I have tips on all of this.

The Doors said it best: “break on through to the other side.”