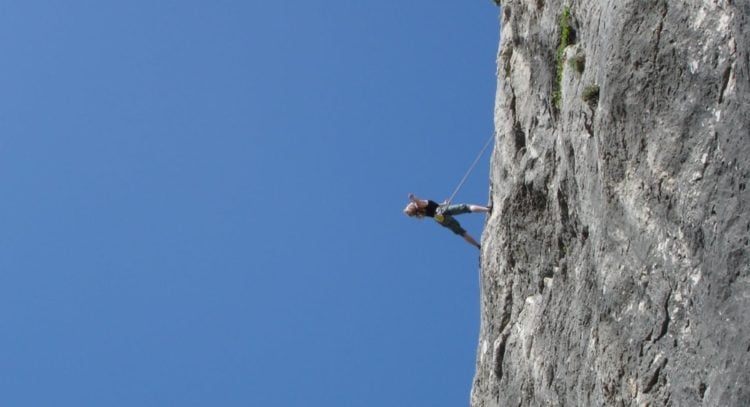 A sobering, somewhat depressing thought occurred to me the other day.  About 3 years ago I put a very sizable chunk of money into what many would consider to be a highly risky investment.  A friend of mine started his own company and back then it was considered a start-up.  In fact it still is.  However, as the years have progressed and his company seems to be doing very well, I’m realizing that this investment could very well turn into the biggest financial windfall of my entire life.  So why is this depressing?  It’s kind of depressing because I’ll likely never be able to earn this amount of money in one shot in my own career.   Granted this is probably a 7 figure payout we might be talking about here but still, sometimes it’s a little sobering to realize that some of the biggest gains we’ll ever have in life come from not only luck, but often times circumstances that are out of control that require a fair amount (or sometimes a large amount) of risk.

While the thought crossed my mind as depressing and sobering, at the same time I accepted it as fact.  After looking back at my own life and remembering conversations I’ve had with other people about their lives, I realized that clearly the biggest gains we achieve in life, whether in our careers, investments, or even personal lives come with some of the biggest risks.  Look at all of the successful people in business who may have started out with nothing.  Look at people like Elon Musk who have nearly gone broke time and time again only to be saved at the 11th hour and then thrived.  Look at the people who took a chance on Amazon when it first went public.  Look at the guy or girl who decided to pack up their entire lives to be with the person they loved because their relationship trumped all.

Then again, there’s a flip side to this as well.  Many time our biggest losses will also come with the biggest risks.  However, let me put a caveat on that one.  As I noted in a previous article, the act of doing something at all often teaches us a tremendous lesson no matter what the outcome is.   So even if you take a big risk and fail, it will generally form some kind of foundation for which you can learn upon to make better future decisions.  So why am I telling you this?

Am I saying for you to bet it all on black the next time you are at the casino?  No.  Am I telling you to give up your entire lives, pick up and leave it all?  Certainly not.  Am I telling you to put your life savings into that company that promises to cure cancer next year even though it’s a trillion dollars in debt and has never been profitable?  No.  But what I am saying is this:  Somewhere, in some way (and only you can decide this) you’ve got to take chances.  By all means be conservative but in the few times where opportunity may strike, I think you gotta go ahead with some things.  With regard to how I make these decisions?

Like I said I’m extremely conservative but that doesn’t mean I don’t take risks.  I take risks within the context of knowing what I can lose and that said loss wouldn’t destroy my life.  Often times the loss itself won’t do a ton of bad at all.  That’s me.  That’s how I go about things.   For example the investment I made into my buddy’s company.  I invested that money knowing full well that I could lose all of it.  In fact the way I perceive the investment today is that the money isn’t even mine anymore.  I just assume it’s gone.  Granted that’s somewhat on the extreme end of the spectrum but if that’s what it mentally takes for me to be comfortable with risk, then so be it.  Another example would be my business?  Back in 2008 I quit my job as soon as I made $2,000 in a month from owning and operating websites.  Was that enough money to live on?  Nope.  But I had enough money put away where I could operate for at least 6 months if was earning nothing.  So yes, it was a risk, but it was one worth taking.  Now, I’ll never look back at that decision.  And that’s exactly what you’d have to decide in your own lives.   Do the potential gains justify the risk?

Some people are way less risk-averse and take bigger chances.  Some people are totally fine putting it all on the line.  Frankly I can’t make those decisions for you.  That’s not my place in the world.  But the point is that risk is in fact taken and with those risks come the chances of greater rewards.   So the next time you’re faced with a decision that seems a little risky, take a step back, assess your situation, take a long hard look at things, and then if all checks out and you see that those rewards could be huge, take a shot.  Again, be diligent, use your brain, don’t be too impulsive but also recognize it’s very tough to get ahead without making some kind of sacrifice and increasing your risk.

Good luck out there.