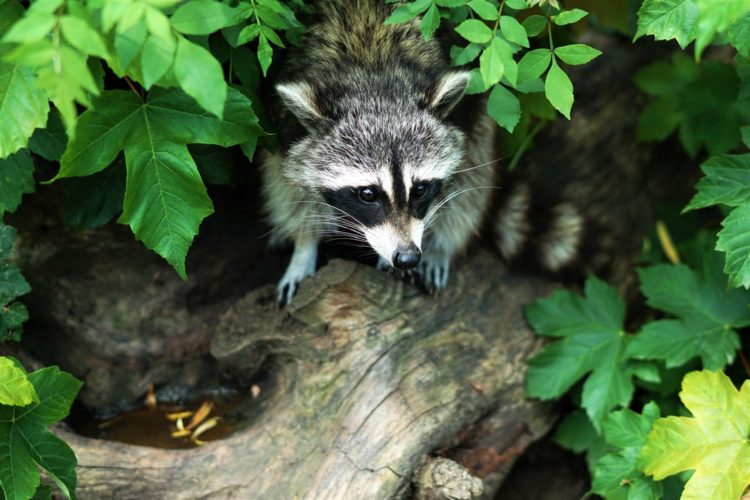 I woke up this morning in a pretty good place.  Got up nice and early.  Did my normal routine of heading to the bathroom, brushing my teeth, and eventually heading downstairs into my office.  That’s when I turn on my lights, crank on the computer, fill up my water jug, and start doing my thing.  It’s a relatively drab day in the sense that it’s raining outside with zero signs of letting up.  My kids don’t have school today so it’s definitely going to be a pretty eventless day.

I’m cranking on my work as usual for about 2-3 hours.  It’s boring but it’s normal.  It’s just the way that days go.  Then all of a sudden out of nowhere I hear a big “Nat!” from my wife.  99% of the time when she calls my name like that it’s because there’s an insect that she wants me to kill.   The other tiny percentage of the time it’s a real emergency.  In this case it was somewhere in between.  She asked me to come look outside the window.

I walked over to the window which is a view to our backyard pool area.  I look down and there I saw a dead raccoon.  I felt badly.  It’s not the first time I saw a deal animal on my property but it was the first dead raccoon I had witnessed.   To be perfectly honest I’m not really sure how I feel about it outside of the initial shock of feeling badly. What I do know is that the day just took a crazy turn, but only briefly.

My brain completely shifted from doing work to “how do we get rid of this thing on a holiday?”  “How do I calm down my 8 year old son who can’t stop talking about this dead raccoon?”  The shift from coming downstairs and doing my normal routine to going into a complete new place was alarming.  But you know what? Here I am typing this.  Back to normal.  Back to the exact same place I was before.

My wife called Terminix who was luckily there.  I pulled down the shades so my kids couldn’t see the backyard anymore.  And right now, as we speak, my wife and oldest son are playing Roblox as if nothing had just happened.  The entire ordeal probably lasted about 15 minutes.

Why is this relevant?

I think there’s a point to this story.  And that point is this.  Human beings can be resilient but at the same time awfully bad at accepting what really is.  On the one hand it’s pretty amazing that we can handle particular situations with calm, ease and be able to go back to our days.  On the other, during that initial shock of seeing the raccoon everyone’s world had been completely upended.  So much so that things like “that’s the craziest thing I’ve ever seen” were said.  Or “I cannot believe this, I’ll never recover” etc etc.

Let’s not kid ourselves.  Let’s not be drama queens in our reality worlds.  We need to do a better job of picking and choosing the real times to freak out and the times to take a step back, breathe, and react.  Life falls somewhere in the middle, but the middle is not always where we are.

In the case of the raccoon

I believe it was handled well.  I believe that it’s something to learn from.  I believe that if we ever see a dead raccoon in our backyard again that we won’t be as dramatic.  And that’s all I can hope for.  That we take each surprise as something to prepare for the next surprise.  That we add another lesson into our story.   Surprises happen all the time, but if we don’t learn anything from them, then we’ll never be prepared to handle the dead raccoons that come our way.