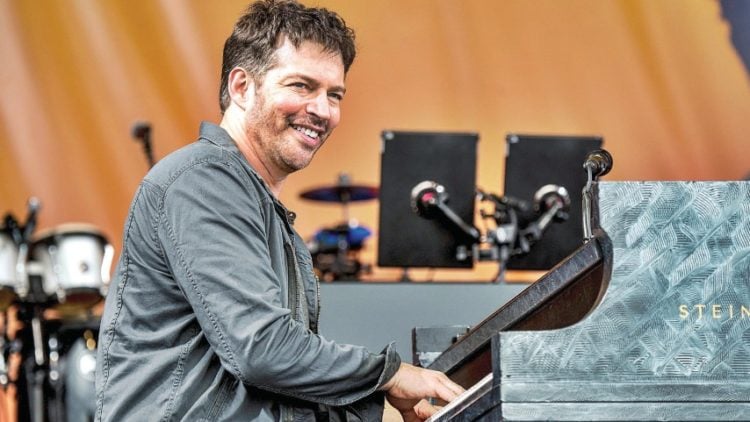 One of the bigger debates that will continue to rage on within a person’s career or accumulation of skill sets is whether or not you should be a master of one trade or a jack of all trades and master of none.  In my own career and business the question has always been “do you go after having one giant website, or have a bunch of small ones?” And finally, given some of the stress I’ve had over the past few weeks in terms of trying to figure out “who I am” and “what I want” I wanted to share something of an epiphany I had yesterday while taking a lesson from Harry Connick Jr. on Playground Sessions.   That epiphany sealed the deal on why I think hands down becoming a master at something first is the key to success while at the same time opening new doors to do plenty of other things.

While Connick Jr. was talking to me through the screen in a tutorial video he began talking about how he started piano at the age of 3.  He remembered vividly the first time he struck a piano key, heard a sound, and thought it was the coolest thing he ever saw.  He remembered it being a magical moment, akin to when someone like Tiger Woods hit his first golf ball.  Unfortunately not all of us are lucky enough to have moments like this where we sort of become “destined” to be great at something.  In fact many of us are still and will always be trying to find our way.  But that doesn’t matter and that’s not the point.  When Harry told me this story I began to think about my own life as well as other people’s lives.  I began to think about how I myself want to be involved in a gazillion things.  But more importantly I began to think about how I would have access to all of these things in the best way possible.  I realized that it was without question, mastering one thing first.

I don’t need to tell you that the further we go with technology, the internet, and even occupations, “specialties” are becoming more and more valuable.  If you are an “expert” in your field you’re generally more valued than if you have 10 smaller skill sets.  With each passing year, the term “niche” becomes more important.  Even in my business, if you’re a sole owner of a website and cannot afford to pump out 1000 articles a day, you’re way better off printing 2 articles a day in a highly specialized niche then you are just writing about anything.  But that doesn’t mean you can’t explore other areas or have multiple businesses.  In fact it’s almost the opposite.  But in order to get to the “many” you need to first focus on the “one” or “few.”  At least that’s what I think and here’s some proof.

The Chive is a popular website that has millions and millions of monthly visitors.  It’s rumored that the company pulls over $100 million a year in revenue.  What few people know of is how this company actually got started.  I happen to know the founders from way back in 2008.  In fact I used to talk to Jon Resig nearly every day.  How did they start?  With a small celebrity site called “Derober” which no longer exists.  Then they started The Chive.  You know how this site got popular?  At first it was pictures of scantily clad women.  Seriously, that was pretty much it.  Then they concocted an internet hoax that went viral and never stopped from there.  The Chive became a brand so familiar that their fans are called “Chivers” and they have catch phrases like “Chive On.”  In their first few years of operations these guys just posted funny pictures and beautiful woman pictures to pump up page views.  But along the way they held onto their users and built a huge community.  Then they spawned another 6 websites which they eventually wove back into The Chive’s main website.  So what’s my point?

According to Digiday, The Chive started selling T-shirts back in 2011. Now, Chive owner Resignation Media, which also owns The Berry, has two standalone e-commerce storefronts, The Chivery and Buy Me Brunch, driving a $20 million commerce business that accounts for one-third of its revenue (with the rest coming from advertising). T-shirts are still a big piece of that business. But today, the 155-person company also earns money from affiliate revenue, a subscription box service and selling everything from whiskey stones to wallets that it buys in bulk from wholesalers before selling them itself. For example, The Chive began hawking a breathalyzer key chain recently. It has sold over 6,000 of them for over $200,000 in revenue.  They’ve also recently launched The Chive TV which I even saw on my Norwegian Cruise as well as in a bowling alley I was recently at.

So what’s my point here?  My point is this.  The Chive began as The Chive and it held onto its identity.  While the owners stepped off course for a bit in launching other properties, they held tight to branding The Chive so that eventually instead of just being a website, they became an e-commerce powerhouse, a huge charity, and force in digital media.  In my personal opinion there’s zero chance they would have done this by having 6 separate websites.  They took their one concept, became one of the best, and then (and only then) did they start expansion into other areas.  They didn’t try to start 50 businesses.  They killed it with ONE business and then moved onto more.

Um, yeah.  What do you think Jeff Bezos did?  Did he begin Amazon with the intention of selling everything and anything?  Do you think he began by wanting to become a huge player in cloud infrastructure or building tech products?  No.  Amazon’s initial intention was to become the biggest and best seller of books on the internet, and eventually the world.  It was only after that kind of dominance did Bezos realize he could take his model and expand into other products and businesses.  Had Bezos laid out some plan to immediately be what Amazon is today, it never, ever would have happened.   He could have tried, and he may have been pretty successful too.  However, the market dominance he had in books is what gave him the initial advantage (and money) to start expanding the company.

How about celebrity entrepreneurs?

How do you think Jay-Z became the first rapper billionaire?  By rapping!  When’s the last time we even heard Jay-Z with a rap album?  Fact is, Jay-Z became a master at the rap game FIRST.  Then he began his entrepreneurial endeavors.  Not only has he excelled at everything he’s touched, he’s dominated. But none of this would have happened without first dominating rap.  And this goes for countless other celebrities who have other businesses.  They all became “masters” at their initial craft and used that star power to move into other businesses.

In my own life

I’ve met more people and had more opportunities business wise because of running websites than in anything I’ve ever done.  Why?  Because that’s the one thing I’m probably best at.  This is not by accident.  While I want to do so many more things in my life (and I will), I still think I have a ways to go in my own business before moving outward.  But this also goes for anything in life.  Opportunities come way easier when you’re the master of something.  You meet more people who seek you out and it builds from there.

When I talked about Harry Connick Jr. at the beginning of this story, he too is a great example of one thing leading to many.  Connick’s one of the best piano players to have ever lived.  No chance that he’d be a great actor, entertainer, or businessman without first mastering that piano.  So the next time you get stressed out (like I do) about wanting to be and do everything, remember that being amazing at one thing will open up doors far greater and easier than if you try to do too many things at once.  If the examples above aren’t proof of this concept then I don’t know what is.